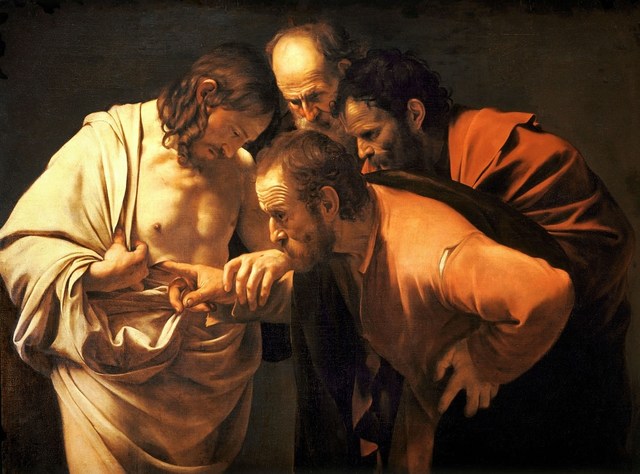 Is Doubt or Certainty More Destructive to Faith? How to Understand Doubt's Role in Our Spiritual Growth

The following has been republished with permission from faithmatters.org.

Fixating on doubt can be not just unproductive, but paralyzing. On the other hand, denying doubt its legitimate place and function in the development of faith can be equally damaging.

The topic of doubt has arisen inconspicuous ways in the Church of late. The topic has been insightfully addressed in recent years by Elder Holland and President Ballard among others. The term itself can be a source of both confusion and contention. Is doubt condemned by the Lord? Is the Church intolerant of doubters? Is there a line between questioning and doubting that ought not be crossed? Is doubt a sign of spiritual weakness or of intellectual honesty and integrity?

Surprisingly to some, the scriptures are more prone to condemn the demand for certainty than the expression of doubt. Alma noted with disapproval those who insist they want to “know of a surety; then we shall believe” (Alma 32:17). On the other hand, Christ worked a miracle in response to a father who was caught between belief and unbelief (Mark 9:23-35). To an apostle who was slow to believe, Christ proclaimed the blessings of believing over living in a state of certainty: “because thou hast seen me, thou hast believed: blessed are they that have not seen, and yet have believed” (John 20:29).

At the same time, doubt can become a condition of mind—a destination rather than a passage. It can even be celebrated as a cynical posture of skepticism, worn like a badge by self-styled sophisticates. But reveling in doubt as a sign of spiritual maturity, suggests the psychologist William James, may really be little more than a coy refuge for the timid; those who fear error more than they love truth, will avoid any intellectual commitment not mandated by irrefutable evidence.

There is a difference, after all, between “doubts” (cognitive dissonance we may experience over particular questions or issues) and “doubt” as a prevailing attitude we might bring to our inquiry. Critical thinking is desirable and productive, but if it is not seasoned with a measure of hope, it can quickly devolve into cynicism. It is not hard to see this cynicism at work in many who become relentlessly critical of the Church. This kind of doubt leaves little room for hope or generosity and can make us blind to a whole range of beauty and experience that could otherwise richly bless us.

But to vilify doubt in all its forms has pernicious consequences. It can forestall progress, create testimonies of glass, and breed resentment. It can make those who have honest doubts feel isolated or even defective.

Joseph Smith provides an example of doubt honestly acknowledged, honestly engaged, and powerfully profitable. He tells us that even after a heavenly vision, even after being told by Jesus Christ that his sins were forgiven, he again fell into doubt about his spiritual standing before the Lord. He sought assurance and clarity, and the result was an angelic visitation, a divine commission, and the start of his prophetic career (which Joseph dated to Moroni, not the First Vision). Imagine the trajectory of the Restoration, if someone had told young Joseph: “Stop worrying and asking questions. Cease questioning your faith and spiritual witness you already received. Doubt is faithlessness.”

Artist Brian Kershisnik talks with Terryl Givens about why disciples in every age have dealt with doubt.

If serious questions, or even doubts, never arise in our minds, it is likely we are either sleeping or deceiving ourselves. As we and others examine our history and our texts, new evidence, new perspectives, new information will inevitably arise to challenge our present understanding. When one learns for the first time that Joseph used a seer stone rather than the plates in translating the Book of Mormon, it would be natural to experience significant cognitive dissonance if you were taught another narrative. If one hears that scientific DNA evidence does not seem to support the Book of Mormon, it would be natural and entirely healthy to ask, is this really so? What does this mean for my faith? All non-Latter-day Saimt Egyptologists agree that Joseph’s explanations of the Book of Abraham do not comport with their translations of the papyri. The intellectually honest will inevitably ask, what are the implications for my faith in the prophet as a seer and revelator?

Because we are dynamic beings and truth is received line by line, precept by precept, because revelation is continuing and not always infallible, we must be willing to accommodate new understanding. Otherwise, as Joseph feared, we will “fall apart like shattered glass” rather than make the subtle adjustments to our paradigms induced by new understandings. Our testimonies are living things to nurture and guide us in our search for truth, not inflexible straightjackets that shut down growth and inquiry.

Finally, criminalizing doubts will only serve to stifle curiosity, convey a worrisome defensiveness about the faith, and send the questioner in search of more accommodating conversation partners. Edmund Burke wrote, “the first emotion of which we are conscious as humans is curiosity.” Questioning is natural to us, and commended by scripture. Joseph launched the Restoration because he believed God’s promise that those who ask questions “will not be upbraided.” We must give our children and fellow saints that same sense of security.

Spencer Fluhman and Terryl Givens discuss the concepts of faith and doubt.

Fixating on doubt can be not just unproductive, but paralyzing and spiritually toxic. On the other hand, denying doubt its legitimate place and function in the development of faith can be equally damaging.

The way forward would seem to be using uncertainty, questions, and doubts, as fruitful catalyst to spiritual growth and discovery. The great Russian novelist Fyodor Dostoevsky spoke movingly of doubt as a great crucible through which his faith had passed. The apostle Hugh B. Brown similarly referred to doubt as an apprenticeship on the path to belief. Their mutually reinforcing formulations affirm an important truth. Doubt can have a crucial role in the life of the disciple. But it is not itself an end for which we strive. In both cases, the emphasis is on doubt as a way station, a predicament capable of serving as catalyst to a deeper engagement with one’s faith. It can build empathy, lead us to seek “with all our hearts,” and awaken our will to a greater role in our faith.

An honest self-examination is in order for all seekers of truth. In this secular age, as we honestly question and think critically about eternal things, can we truly wrestle with troubling questions while reaching deep within to tap a reserve of faith and hope? 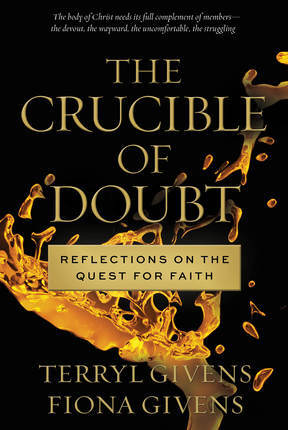 Faith is the first principle of the gospel of Jesus Christ. So what happens when a person has doubts?

Questioning is not the problem, according to authors Terryl and Fiona Givens. “After all,” they write, “the Restoration unfolded because a young man asked questions.” The difficulty arises when questions are based on flawed assumptions or incorrect perceptions, which can “point us in the wrong direction, misdirect our attention, or constrain the answers we are capable of hearing.”

This insightful book offers a careful, intelligent look at doubt—at some of its common sources, the challenges it presents, and the opportunities it may open up in a person’s quest for faith. Whether you struggle with your own doubts or mostly want to understand loved ones who question, you will appreciate this candid discussion. You’ll come away feeling more certain than ever of the Lord’s love for all of His children.