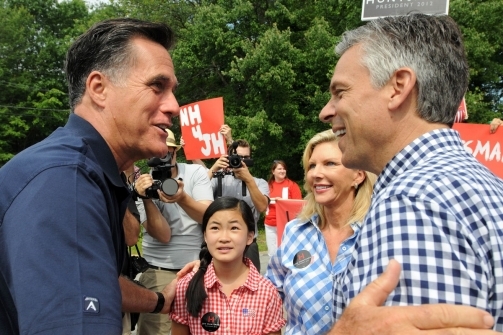 “To be clear. I believe in evolution and trust scientists on global warming. Call me crazy."

For Jon Huntsman Jr.'s fledgling presidential campaign, that was the Tweet heard 'round the world; the bold declaration that finally gave the oft-forgotten candidate a little traction in the 2012 race. But while commentators are gleefully showering Huntsman with congratulatory titles like “the GOP’s truth-teller,” the punditocracy has overlooked the fact that at least one other Republican presidential candidate has staked out similarly pro-science positions: Huntsman’s fellow Mormon, Mitt Romney.

During a 2007 primary debate, Romney, who was then competing heavily for the conservative Christian vote, surprised many by declining to join former governor Mike Huckabee and others in denouncing evolution.