For more about how Charles M. Schulz's shared his faith with a nation, despite opposition from his editors and producers, click here.

Charles M. Schulz, the creator of Charlie Brown, Snoopy, and Peanuts was a man with a complex yet profound faith.

“Throughout my entire life, I have seen my dad’s faith in action,” Johnson says. “I remember there was a big yellow chair in our old house, and every day he used to sit there and read scriptures.”

His ties to the LDS Church began when his daughter, Amy Schulz Johnson, converted to Mormonism.

Johnson’s first draw to the Church came in the form of an LDS boyfriend, whom she would ask questions about his faith.

“He explained to me about things like the Word of Wisdom, that Mormons didn’t believe in drinking,” Johnson remembers. “I was stunned. I thought my family was the only one that lived like that and I never thought I’d find someone else who felt that way.”

Johnson was initially attracted to the Church more because of the lifestyle than the religion itself. Having not grown up with a specific religion, many of the ideas were new and strange to her. But even after breaking up with her boyfriend, Johnson continued investigating the Church.

“I stayed in the Church because the lifestyle reminded me of how I grew up,” she says. “But I essentially joined for myself, not my boyfriend. It matched perfectly with all the things I’d been taught.”

Though not impressed with the Mormon faith, Schulz never withheld his support from his daughter.

“He wrote me letters on my mission and he’d send me funny pictures of comics and Snoopy out tracting, stuff like that,” Johnson says. “He stood outside the temple and waited for me when it was freezing and soggy. He spoke at my mission farewell. He was just there for me every step of the way.”

In many of his letters and conversations with his daughter, Charles Schulz was sure to share his praise and love. “He told me, ‘I’m so proud of you. I tell everyone about you and how you’re working hard for the Lord,’” Johnson says.

“Many of the letters I received from him on my mission were filled with scriptures and advice, telling me how God knows my heart,” she continues. “He just wrote beautiful things. The only Christmas I was gone, he said, ‘Don’t be sad that we’re away from each other; let us rejoice in our love of Christ.’”

All images courtesy of Amy Schulz Johnson and her family. 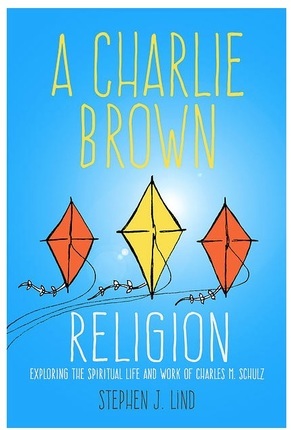 Charles M. Schulz's Peanuts comic strip franchise, the most successful of all time, forever changed the industry. For more than half a century, the endearing, witty insights brought to life by Charlie Brown, Snoopy, Linus, and Lucy have caused newspaper readers and television viewers across the globe to laugh, sigh, gasp, and ponder. A Charlie Brown Religion explores one of the most provocative topics Schulz broached in his heartwarming work—religion.