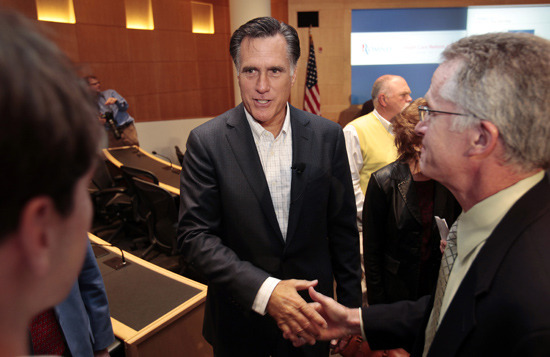 A Southern Baptist media guru is reaffirming his support for Mormon presidential candidate Mitt Romney and urges evangelicals to consider the person, and not the theology, when deciding their presidential choice.

Mark DeMoss, the founder of evangelical public relations firm The DeMoss Group, made his pick for the GOP nomination public when he accepted a volunteer campaign position for the former Massachusetts governor. DeMoss heralds Romney for his political experience, business acumen and his support for traditional values such as marriage between a man and a woman.

He asserted that these things are more significant than Romney's Mormon faith.
Read the rest of this story at christianpost.com