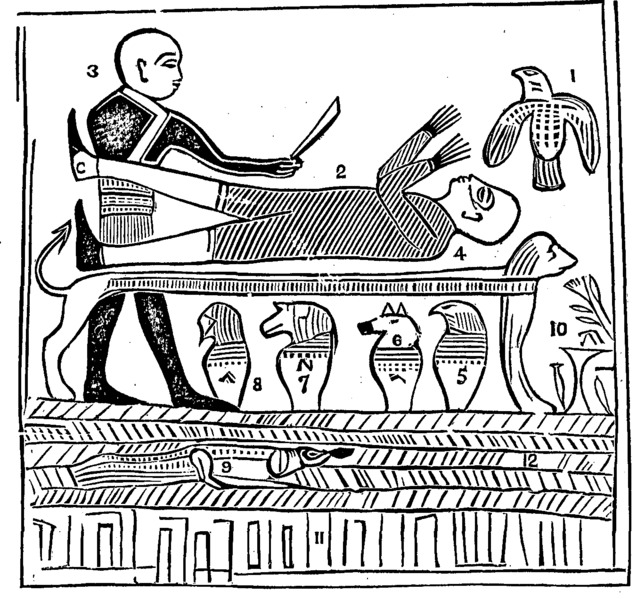 In a new essay released today, "Translation and Historicity of the Book of Abraham," the Church addressed some concerns over the historical accuracy and translation process of the book of scripture, which was canonized in 1880.

Earlier, in 1835, entrepreneur Michael Chandler came to Kirtland, Ohio, selling ancient Egyptian artifacts. The Church purchased several mummies and papyrus scrolls--the remainder of the collection being sold. The article says, "After Joseph Smith examined the papyri and commenced 'the translation of some of the characters or hieroglyphics,' his history recounts, 'much to our joy [we] found that one of the rolls contained the writings of Abraham.'"

No record or eye witness account of how the translation took place remains, and expert analyses of the text in conjunction with the papyri fragments it was "translated" from have caused many to question. In response to these concerns, the essay explains:

According to this view, Joseph’s translation was not a literal rendering of the papyri as a conventional translation would be. Rather, the physical artifacts provided an occasion for meditation, reflection, and revelation. They catalyzed a process whereby God gave to Joseph Smith a revelation about the life of Abraham, even if that revelation did not directly correlate to the characters on the papyri.

The relationship between the documents and Joseph's translation are still not fully understood.

In 1856, the Church sold the artifacts, including the papyri, to various historians. It was believed that most of them later burned in the Great Chicago Fire of 1871. Later, it was discovered that several papyri fragments survived and in 1967, the Metropolitan Museum of Art transferred ownership of the fragments back to the Church.

This led to a renewed interest in the Book of Abraham, and the original papyri fragments were carbon-dated, leading to the discovery that the paper was not contemporary with Abraham. However, as the article notes, "Of course, the fragments do not have to be as old as Abraham for the book of Abraham and its illustrations to be authentic. Ancient records are often transmitted as copies or as copies of copies. The record of Abraham could have been edited or redacted by later writers much as the Book of Mormon prophet-historians Mormon and Moroni revised the writings of earlier peoples."

The veracity and value of the book of Abraham cannot be settled by scholarly debate concerning the book’s translation and historicity. The book’s status as scripture lies in the eternal truths it teaches and the powerful spirit it conveys. The book of Abraham imparts profound truths about the nature of God, His relationship to us as His children, and the purpose of this mortal life. The truth of the book of Abraham is ultimately found through careful study of its teachings, sincere prayer, and the confirmation of the Spirit.

You can read the full article at lds.org.