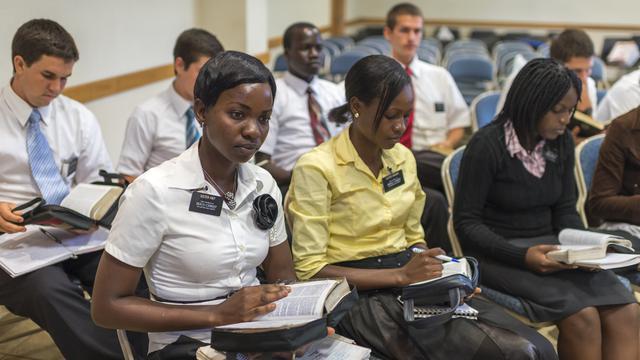 The Church recently announced that missionaries who will be speaking their native language will spend a little extra time in the missionary training center (MTC). Beginning March 1, 2016, these missionaries will spend three weeks in the MTC instead of the current two weeks.

This change is in truth a change back to the way things were before the missionary age was lowered in October 2012, when the MTC saw a massive influx of new young members willing to serve. To offset this new wave of missionaries, the typical training period for all missionaries was reduced by one-third.

"This was simply an issue of capacity," said Elder Brent H. Nielson, executive director of the Church's Missionary Department in a news release. "Three weeks is the optimal amount of time for these elders and sisters to spend in an MTC setting. It gives them an opportunity to understand how to be an effective, successful missionary."

Those speaking foreign languages spend longer in the MTC, from six to nine weeks, depending on the language. They will not be impacted by this change.