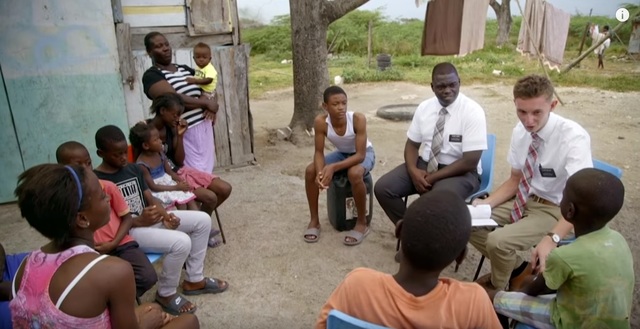 The Church of Jesus Christ of Latter-day Saints has announced a new video series aimed at increasing the safety of its more than 65,000 missionaries around the world.

The new 12-part series is called “The SafetyZone.” Each episode covers a missionary safety topic in an entertaining way while delivering important, life-changing principles. The videos focus on helping missionaries gain life experience through actual examples and storytelling. Each video builds on the basic principles of situational awareness, obedience to laws and mission rules and respect for risks and for people in the areas where they serve. Watch Episode 1 here or below:

“The Lord cares about His missionaries,” said Elder S. Gifford Nielsen, a General Authority Seventy who serves in the Church’s Missionary Department. “We’re trying everything we possibly can to think about the situations that they might find themselves in that would take them away from being who the Lord has called them to be, and that is to be His missionaries proclaiming His gospel throughout the world.”

Each episode of “The SafetyZone” resembles a newscast or sportscast with in-studio analysts who discuss missionary safety. Topics covered include pedestrian and bicycle safety, avoiding electrical wires, safe driving, appropriate behavior around children, crimes against missionaries (including physical and sexual harassment) and proper handling of food.

Effective immediately, all prospective missionaries that receive a new call will be asked to watch the first episode of “The SafetyZone” with their parents before they leave. The remaining 11 videos will be viewed in missionary training centers as well as by missionaries already serving. The videos will first be available in English with additional languages coming soon.

Recently, a group of missionaries at the missionary training center in Provo, Utah, watched several of the videos with Elder Nielsen. One of those missionaries was Sister Annie Bingham, a 19-year-old from Manti, Utah, who will serve a Mandarin-speaking mission in Vancouver, Canada. She said she appreciated how the videos illustrated the reasons behind the rules missionaries are asked to follow.

“They showed us both the wrong way to do it and the right way to do it,” said Sister Bingham, “and I think there’s power in both of those.”

Sister Barby Ann Padernal, a 19-year-old from Naga, Philippines, preparing to serve in the China Hong Kong Mission, said the videos were entertaining and offered an important message for her service.

“It will guide us, and it will help us to know what we should do and be careful,” said Sister Padernal.

After watching the videos with the missionaries at the MTC, Elder Nielsen noted the entertaining and humorous nature of the videos but also urged missionaries to pay attention to the message in each one.

“There’s always a very prominent point to every one of these videos that’s going to help you, that’s going to keep you safe and keep you focused on what the Lord has called you to do,” said Elder Nielsen. “That is to invite all to come unto our Savior Jesus Christ.”

Elder Tanner Hancock, an 18-year-old from Alpine, Utah, who will serve a Mandarin-speaking mission to Leeds, England, said seeing the videos made him “stop and think” about how he should act to avoid potential hazards.

“I know that as we try to follow these principles and as we try to be safe that we can more fully be able to serve Him with all of our heart, might, mind, and strength,” said Elder Hancock.

Read more about these videos on the Church News.