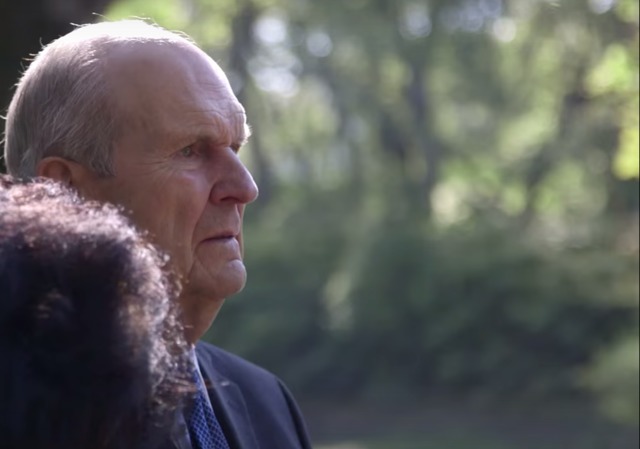 Over 180 years ago, on May 15, 1829, the priesthood of God was restored in a quiet and remote corner of what used to be Harmony, Pennsylvania. This past Saturday, September 19, President Russell M. Nelson traveled back to this sacred spot to dedicate the Church's newly developed site and visitor's center, making the surrounding areas the last of the major historic Church sites to be developed.

This location saw many significant chapters in Church history and in Joseph Smith's life--from his and Emma's early married years to the translation of the Book of Mormon to the restoration of the priesthood and baptism by immersion.

Said President Nelson during the dedication, "How thankful we are for these historical events and for the supernal significance of revelation, scriptures, restoration of priesthood authority and baptism, all of which unfolded here in this relatively remote and very sacred and serene location."

All of these important events came to a culmination on May 15, 1829, while Joseph Smith and Oliver Cowdery were translating 3 Nephi. After reading about the importance of baptism to obtain salvation, the Prophet and Oliver Cowdery went to a quiet corner of the woods to pray. In answer to their prayers, the resurrected John the Baptist appeared to the two men and conferred upon them the Aaronic Priesthood. He then commanded Joseph and Oliver to baptize each other in the nearby Susquehanna River.

Soon afterward, the Melchizedek Priesthood was conferred upon Joseph and Oliver by the apostles Peter, James, and John. Although the exact date and location is not known, historical evidence suggests this happened between May 16 and May 28 of 1829.

“Harmony provided Joseph with spiritual solitude and protection, allowing him to focus on the translation of the Book of Mormon," said President Nelson at the dedication. "Through this period, the Lord tutored Joseph in his divine role as prophet, seer and revelator. Receiving the priesthood power empowered Joseph Smith to function fully as the prophet of the last dispensation. Here he worked during a remarkable and formative season of translation, revelation, and restoration.”

In August 1830, Joseph and Emma left Harmony, and in 1919, the home they left behind burned down. From 1947 to 1959, the Church worked to acquire the land where Joseph and Emma lived, as well as approximately 6 acres along the Susquehanna River where the Aaronic Priesthood was restored. It is the last site of the Restoration to be fully restored.