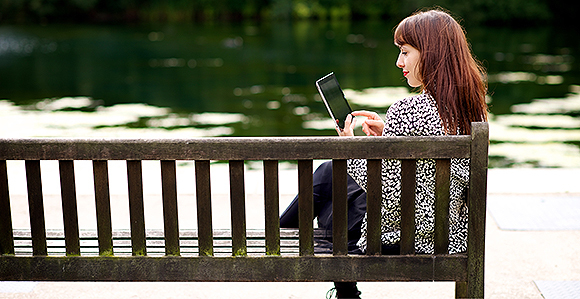 The Church made a minor but important change to the bread sacrament prayer in the French scriptures recently.

The change, which was announced by the First Presidency in April, included replacing the word veulent with sont disposés á in the sacrament prayer for the bread.

"Both are just different ways of saying willing to, but (from my perspective) veulent is a form of the verb vouloir (to want), but in this context, it is kind of like a burning desire. Disposer a, on the other hand, gives more of a 'voluntary willingness' feeling," says Jon Wagner, a returned missionary who served in France. "So maybe the ultimate difference is veulent is willing/wanting [whereas] dispose a is a willing/voluntary availability. Very, very subtle differences though. Only natives would ever pick up on such a thing."

According to lds.org, the change was made to "better reflect the intended meaning of the prayer as found in the English scriptures" in Moroni 4:3 and Doctrine and Covenants 20:77.

Though the change is a subtle one, it nonetheless affects the prayer in a beautiful and profound way, expressing that the action of partaking of the bread and renewing our covenants to be a witness of Christ is entirely voluntary because we are willing to do it; just as Christ volunteered and was willing to atone for our sins and afflictions.

In his reflections about this particular phrase of the sacrament prayer of the bread in 1986, BYU-Hawaii President John S. Tanner shared this important insight to what it means to be willing.

"We. . . state in the prayer on the bread that we are willing. I pause over this powerful word: to do something willingly is to do it gladly, freely, obediently, whole-heartedly, without compulsion or reservation. This promise I make of my own free will, and do it cheerfully, willingly."

As I've listened to the sacrament prayers throughout my life, I haven't always paid attention to the significance of the wording of the prayers.

But I have noticed the subtlety of the wording "willing" in the sacrament prayer for the bread many times. Of all the words that could have been used in this sacred ordinance, words like "wanting," "inclined," "disposed" and countless others, the Lord revealed the word "willing" in this sacred prayer.

This change in the French scriptures to better reflect the English wording of "willing" is powerful. In my opinion, it gives more gravity to our agency. It adds a sacredness to our ability to choose for ourselves to follow the Savior. To me, it shows the contrast between what Christ wants for us by following the Plan of Salvation and the plan without agency Satan would have had us follow.

The change in the French scriptures, though small, is impactful. It shows just how significant the decision is to partake of the sacrament each week, and how we can always choose to draw closer to the Savior. As Elder Lance B. Wickman told Mormon Newsroom:

"The willingness to turn to the Savior, the opportunity of going to sacrament service on a Sunday, and really participating in the ordinance of the sacrament… listening to the prayers, partaking of those sacred emblems. Those are opportunities that really help us to come within the ambit of the Savior’s Atonement."

Thanks to Mormon Life Hacker for making us aware of this story.