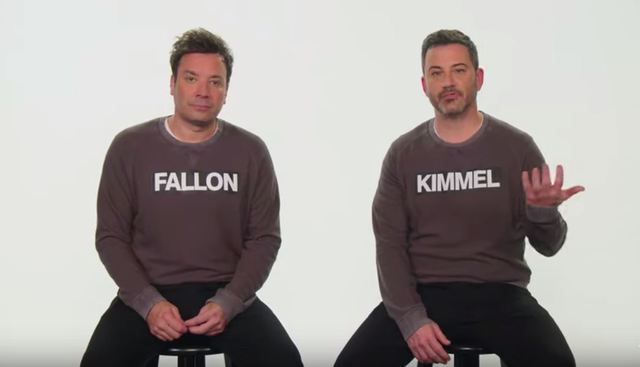 The Church got an unexpected mention in a recent Jimmy Kimmel Live video. Jimmy Kimmel announced that he had an important public service announcement to share with his fans before showing a video meant to clarify something important to the TV host.

The video focused on helping TV viewers tell the difference between the two Jimmys: Jimmy Kimmel and Jimmy Fallon. But the conundrum can be difficult, Fallon and Kimmel admit. They are both host shows, they are both named Jimmy, they both have dark hair, so how can we tell them apart?

The video goes horribly awry from there as the two famous Jimmys try to tell something unique about themselves only to discover they are creepily alike—from where they grew up to their favorite breakfast cereals even down to their genetic makeup and the fact that they both allegedly absorbed a twin brother in the womb. So where does the Church fit into all of this?

After the public service announcement, a voice and text come across the screen claiming the video is "a message from The Church of Jesus Christ of Latter-day Saints." Considering its language and content, there's little doubt the Church had anything to do with this video. 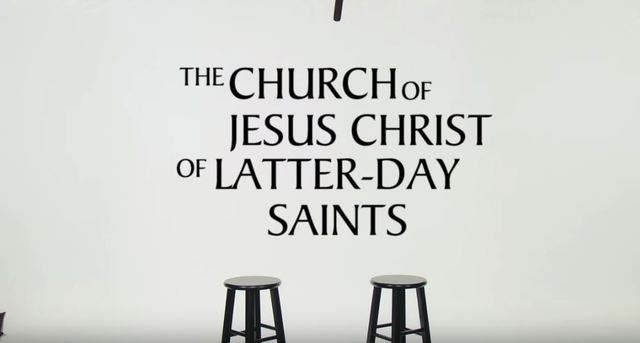 This is far from the Church's first mention in late-night shows. In fact, as a presidential candidate, Mitt Romney appeared on The Tonight Show Starring Jimmy Fallon and Jimmy Kimmel Live. During this same time, Jon Stewart defended Latter-day Saints on The Daily Show. Latter-day Saints from comedians to returned missionaries have appeared on talk shows to share their talents or their stories.

While we have shared many of our favorite Latter-day Saint moments on talk shows, this video takes on a tone some members might find offensive. This video, along with productions like The Book of Mormon Musical, raises the question: is it right to appropriate a religion's name, culture, and brand for the sake of comedy?

While I am sure discussions like this will continue in the future, for now we can celebrate the positive attention the Church, Latter-day Saint Charities, and Church members have recently received from the media. As we strive to give to our communities and make the world a better place, there is no doubt people are taking note.