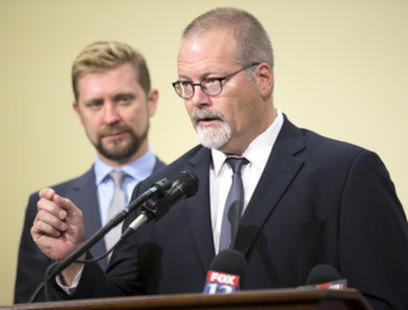 The Church recently expressed concerns that new Utah legislation could upset the balance between religious liberty and LGBT rights in Utah.

Their concern comes as a result of a new hate crimes bill, SB 107, that is under consideration.

"The Utah Legislature achieved something extraordinary last year," Church spokesman Dale Jones said in a written statement. "Interests from both ends of the political spectrum are attempting to alter that balance. We believe that the careful balance achieved through being fair to all should be maintained."

In 2015, the Church teamed up with LGBT activists to pass a nondiscrimination bill protecting both the rights of the LGBT community and religious liberty.

After this historic collaboration and accomplishment, the Church did not make a statement supporting or opposing the bill, but instead expressed their wariness of laws that could upset the work achieved last year.

The new bill, supported by Senator Stephen Urquhart, would strengthen Utah's existing hate-crimes laws by enhancing the penalties for such crimes and clarifying the definition of a hate crime as an offense against a person based on their "ancestry, disability, ethnicity, gender, gender identity, national origin, race, religion or sexual orientation."

In the past, the Church has been very vocal about protecting LGBT and religious rights. In fact, in a press conference held on Temple Square early last year, Elder Holland stated: