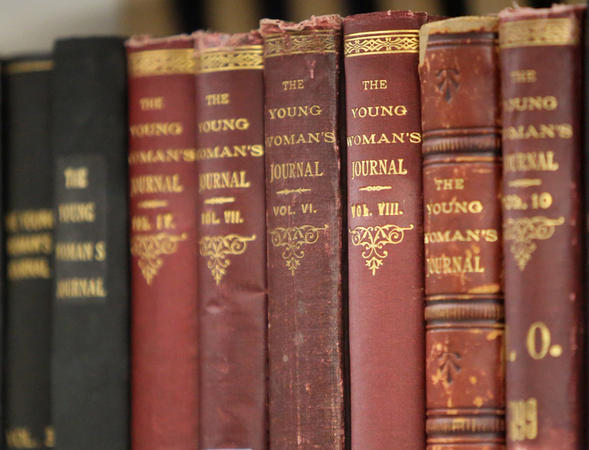 "They don't understand that women have always had an integral part to play in the church and have contributed immensely to the theological discussion. I think it's super empowering," Church Historian Jenny Reeder said. She is part of a group of four women with the Church History Department who are preparing to release a number of groundbreaking publications on women in the Church.

Kate Holbrook and Jenny Reeder applied for the same job in 2011. This was not just any old job, either. This one was distinctive, a unicorn in their field. In fact, it was unprecedented in Mormon history.

The LDS Church History Department had posted a job opening for an official position specializing in women's history.

"I was really excited that there was going to be a specific institutional space for women's history," Holbrook said, "and I wanted to do it."

Holbrook got the job, but two years later, in what each of the women believe is a clear signal that church leaders care about women's issues, the history department's leadership doubled up, hiring Reeder to be a specialist in 19th-century women's history. They then also added Mormon women's historian Lisa Tait to the department's web team. Together with Brittany Chapman Nash, the four women represent a burgeoning golden age of women's history within an important arm of The Church of Jesus Christ of Latter-day Saints.

"We all know there is a lot of sensitivity related to questions about women in the church right now," Tait said. "Doing women's history in the church is a way, at least indirectly, of speaking to those concerns and showing that the church is aware of and concerned about and invested in women's stories and experiences in the church. Whether women's history can fully speak to the issues of today, that's another question, but I think that the church wants to show itself to be aware of and sensitive to gender issues, and so including women in the historical narrative is one way of doing that."