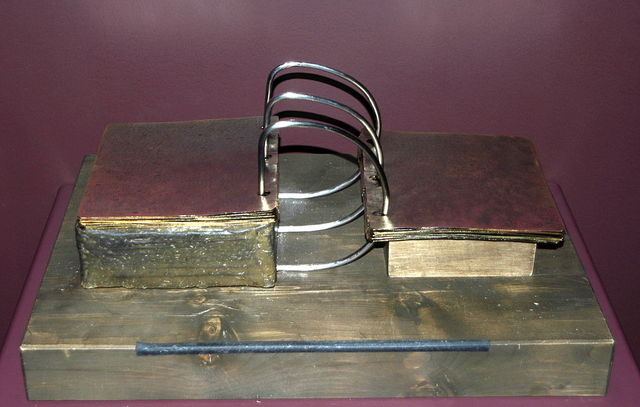 Did Anyone Besides the 11 Witnesses See the Gold Plates?

As Joseph Smith was dictating the translation of the Book of Mormon to Oliver Cowdery, they learned that the gold plates were to “be hid from the eyes of the world” in general. Nevertheless “three witnesses” would be enabled to view the book or plates “by the power of God” in addition to Joseph—“him to whom the book shall be delivered.” These three witnesses would then “testify to the truth of the book and the things therein” (2 Nephi 27:12; see also Ether 5:2-4 and D&C 5:11, 15).

It is well known that Oliver Cowdery, David Whitmer, and Martin Harris were granted the privilege of becoming these three designated special witnesses (see D&C 17, including section intoduction). Their signed statement of solemn testimony has been printed with each edition of the Book of Mormon.

Further, the prophecies of the Book of Mormon indicated that “none other[s]” would be able to view it, “save it be a few according to the will of God,” and that the purpose of these others would be “to bear testimony of his word unto the children of men”—the world. This would allow the prophets and saints of the Book of Mormon to “speak as if it were from the dead” (2 Nephi 27:23).

These “few” others are generally thought of as the “eight witnesses,” and include members of the Whitmer and Smith families that helped Joseph by providing board and room and financial assistance.