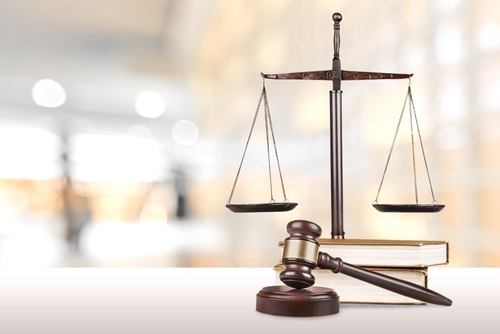 Doctrine and Covenants and Church History Lesson 44: "Being Good Citizens"

“Unless we have faith in God and fear him and keep his commandments, we can hardly be worthy to hold high positions in government. The Prophet Joseph has told us in a statement given through the inspiration of the Lord that we must have righteous men in order to have righteous government. If we are to be a God fearing nation and enjoy the blessings of peace, then each one of us who has a faith in God must do our duty, take our part to accomplish our purpose in government. We should become intimately familiar with those who are active politically; we ought to be part and parcel of them. They should not be strangers to us. We should see to it that those men who have true qualities of leadership are placed in positions of trust and responsibility in the government; these fundamental principles of truth apply to every political party alike. There is no hope and can be no hope for our government, or any government, to which this principle does not apply” (Elder Henry D. Moyle, C.R., April 1952).

A careful consideration of the scriptural record will provide several accounts of members of the covenant people serving in positions of civil significance. Daniel and his three friends were political figures in Babylon (Daniel 2:48,49). Mordecai and his niece Esther were a part of the king’s court in Persia (see Esther 2; Esther 8:2). Joseph became prime minister of Egypt, second only to Pharaoh in all the land (Genesis 41:39-41). Ezra Taft Benson served in the cabinet of President Eisenhower. Joseph Smith served as a city Mayor of Nauvoo, and he campaigned for President of the United States. There are other examples. They all clearly demonstrate the interest of the Lord and his servants in the way his children are governed.

A number of revelations and prophetic statements give us divine direction in this matter. For example, When King Mosiah convinced the Nephites to forgo reliance on a king in favor of a system of judges, he told them what kind of men they ought to seek as their leaders.

As we make a list of the necessary qualities in great leaders that will bless us, we can begin with this one:

D&C 98:10 suggests the importance of wise men, but also mentions the need for other qualities:

We are also instructed to seek for

Daniel was placed over all the rulers of Babylon,

Joseph, who was raised up high in Egypt was both wise and

He had one other quality which Pharaoh appreciated: he was recognized as

King Benjamin, clearly one of the finest leaders in the history of this world, demonstrated a number of desirable qualities:

8. He was a holy man and he did reign over his people in righteousness (Words of Mormon 1:17).

D&C 134 instructs us to seek for leaders who

12. “Administer the law in equity and justice.”

Elder Perry commented on our responsibility to government:

“As Church members, we live under the banner of many different flags. How important it is that we understand our place and our position in the lands in which we live! We should be familiar with the history, heritage, and laws of the lands that govern us. In those countries that allow us the right to participate in the affairs of government, we should use our free agency and be actively engaged in supporting and defending the principles of truth, right, and freedom’ (L. Tom Perry, “A Meaningful Celebration,”Ensign, Nov. 1987, 72).

2. Obeying the Laws of the Land

Our responsibility to the laws by which we are governed is divinely directed. The Lord said

The 12th Article of Faith affirms our position for the world;

“We believe in being subject to kings, presidents, rulers, and magistrates, in obeying, honoring, and sustaining the law.”

In his declaration of belief regarding governments, the prophet Joseph said,

“We believe that all men are bound to sustain and uphold the respective governments in which they reside, while protected in their inherent and inalienable rights by the laws of such governments; and that sedition and rebellion are unbecoming every citizen thus protected, and should be punished accordingly; and that all governments have a right to enact such laws as in their own judgments are best calculated to secure the public interest; at the same time, however, holding sacred the freedom of conscience.

“We believe that every man should be honored in his station, rulers and magistrates as such, being placed for the protection of the innocent and the punishment of the guilty; and that to the laws all men show respect and deference, as without them peace and harmony would be supplanted by anarchy and terror; human laws being instituted for the express purpose of regulating our interests as individuals and nations, between man and man; and divine laws given of heaven, prescribing rules on spiritual concerns, for faith and worship, both to be answered by man to his Maker” (D&C 134:5,6).

Paul said it this way:

“Let every soul be subject unto the higher powers. For there is no power but of God: the powers that be are ordained of God” (Romans 13:1).

In September 1968, the First Presidency spoke of our responsibility to our communities.

“The growing worldwide responsibilities of the Church make it inadvisable for the Church to seek to respond to all the various and complex issues involved in the mounting problems of the many cities and communities in which members live. But this complexity does not absolve members as individuals from filling their responsibilities as citizens in their own communities.

“We urge our members to do their civic duty and to assume their responsibilities as individual citizens in seeking solutions to the problems which beset our cities and communities.

“With our wide-ranging mission, so far as mankind is concerned, Church members cannot ignore the many practical problems that require solution if our families are to live in an environment conducive to spirituality.

“Where solutions to these practical problems require cooperative action with those not of our faith, members should not be reticent in doing their part in joining and leading in those efforts where they can make an individual contribution to those causes which are consistent with the standards of the Church” (Jan Underwood Pinborough, “Community Service: Reaching Beyond Our Circle,”Ensign, Oct. 1986, 49).

We must in this matter of government and the environment of our communities do what President Hinckley has counseled us. We ought to stand for something. When laws, or the lack of laws, or the inequitable enforcement of laws detract from our ability to serve God or live in peace, we must (where laws and policies permit) do something.

“It is the individual responsibility of each of us to so live that we may extend our influence for righteousness to others who, seeing our good works, will be led to glorify our Father in Heaven. As we have often heard, the way for evil to triumph is for good men to do nothing” (N. Eldon Tanner, “Live by the Savior’s Teachings,” Ensign, Dec. 1982, 2).

This is all true on a community level, but it is also true in our neighborhoods. We must strive to improve the quality of life in every condition in which we find ourselves. In a revelation given to the saints of Thompson, Ohio, the Lord gave intriguing counsel. These people were aware that a move to Missouri was in their future. Most of the saints were part of the Colesville Branch from New York. They had arrived in Ohio in mid-May, and this revelation was given in May. In it the Lord said, “I consecrate unto them this land for a little season” (D&C 51:16).

They would leave the next month (June) for the land of Zion (see D&C 54). But in this revelation the Lord said

“And the hour and the day [that they shall depart hence] is not given unto them, wherefore let them act upon this land as for years, and this shall turn unto them for their good” (D&C 51:17).

The phrase “let them act upon this land as for years,” became a motto for our bishopric in the ward where I served for the past several years ago. We knew from discussions with the Stake Presidency that there was a likelihood that our ward would be divided into other wards and cease to exist. But until that time came, we determined to “act upon this land . . . as for years.”

Don’t miss this point. We ought to do as much good as we can in every place we can. We ought to live in every location “as for years.” I remember a seminary teacher many years ago telling my class that he had left every house he had ever owned or rented in better than he found it. He made the statement in conjunction with the verse above in D&C 51. Forty years have passed and I have never forgotten. The Lord has promised to bless the land for our sakes, and we ought to bless the land, and our neighbors and our neighborhoods, and our communities, for his sake.

“Improve your community by active participation and service. Remember in your civic responsibility that ‘the only thing necessary for the triumph of evil is for good men to do nothing’” (Edmund Burke, in George Seldes, comp., The Great Thoughts, New York: Ballantine Books, 1985, p. 60). “Do something meaningful in defense of your God given freedom and liberty” (Ezra Taft Benson, “To the Single Adult Brethren of the Church,” Ensign, May 1988, 51).