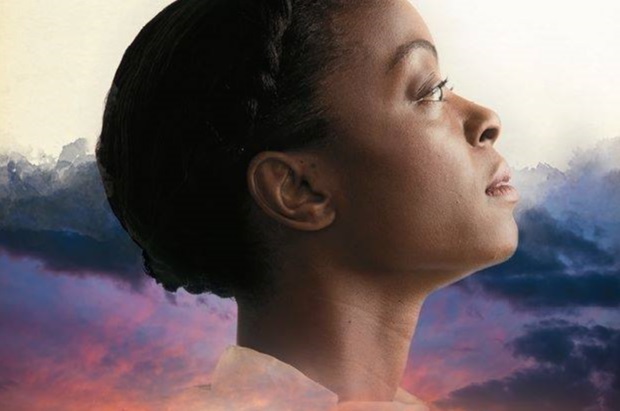 Does "Jane and Emma" Do Justice to These Great Women? Latter-day Saint Moviegoers Review

What's Jane and Emma About?

Based on the true story of Jane Manning, this touching movie illustrates the sweet friendship between her and Emma Smith, wife of the prophet Joseph Smith. It’s a story you have probably never heard before, but one that will warm your heart, strengthen your faith, and add greater depth to your knowledge of Church history. Jane was one of the first black members of The Church of Jesus Christ of Latter-day Saints.

Those who are not members of The Church of Jesus Christ of Latter-day Saints may not be familiar with the historical events and people portrayed in the movie, yet they can still be enriched by the pure love, faith, and friendship shown between these two fascinating women. Equally impressive is the fact that this film was written, directed, and produced by a predominantly female team. The message of sisterhood is celebrated in the film and is one of the most powerful themes of the Relief Society, one of the oldest and certainly largest women's organizations in the world.

Director Chantelle Squires remarked, “This is a story of faith. In spite of all the hardships these women encounter, one of the things I love the most about this story is how deeply both women want to love God and obey Him, even when what He is asking them to do seems impossible.”

Melissa Leilani Larson had only a few historical records to go by to write the screenplay. She fills in the missing gaps with a sensitive touch that is designed to build faith, touch hearts, and challenge the mind.

The acting is very good. Danielle Deadwyler gives an excellent performance that is honest and passionate as Jane Manning. You get to see pictures of the real Jane Manning and others at the end of the movie. Emily Goss plays a fiercely loyal Emma Smith and Brad Schmidt lends a light and supportive air to the role of Joseph Smith.

The film doesn’t shy away from delicate issues, such as polygamy and racist members of the Church who didn’t understand how to genuinely love all of God’s children. Joseph and Emma were both so compassionate to Jane and always spoke to her with dignity. They were sensitive to her struggles as a woman in a world that was not kind to black people, free or slave, right before the Civil War. All of the main people in the film are shown as flawed, yet they also possess impressive faith and strength. The movie is timed perfectly for the 40th anniversary of the revelation that assured worthy men of all color could receive the priesthood. Be sure to watch the lovely new arrangement of "I Am A Child of God" from the movie soundtrack on YouTube.

It’s a heavy movie with much sadness. I always appreciate a film that tries to balance drama with a touch of humor and I felt this movie could have used some more happy moments. The gospel of Jesus Christ is supposed to bring us great joy; I would have liked to see some of that in the movie. Religious films tend to be heavy-handed, especially when trying to show faith and meaning amidst suffering. Non-believers especially need to see the good times too. Years ago, I took my children to a Church movie that turned out to be very depressing and my youngest son said, “I’m glad I’m not a member of THAT church!” Thankfully, the ending was very sweet and allowed the viewer to rise up with a desire to be more kind and loving to everyone.

Rather than portraying the other members of the Church only wanting to take Joseph away from Emma, it would have been nice to see them rally around her to protect and comfort her. I can't imagine her being all alone the night of the martyrdom. It’s understandable to show it unfold that way, because the movie was focused on Jane and Emma, but portraying the unity and support that actually exist in the Church would have been tender, too.

Jane and Emma is rated PG. Things to be aware of:

One use of the “N” word is startling yet common for the time period and place portrayed in the film. No profanity in the movie.

The story bounces back and forth in time from when Jane and Emma first met to the night of Joseph Smith’s martyrdom. Children might get confused about the timeline.

The film portrays racist attitudes by some people, as well as the dangers of being black in pre-Civil War America.

The body of a dead man (Joseph Smith) lays on a table with a sheet over him.

Talk of murderous mobs occurs throughout the film.

“Don’t nobody want to end up on your bad side. Of course, probably ain’t any safer on your good side.” —Jane to Emma while they’re talking about Emma’s gun

“Brother James? You know I ain’t coming for your tithing, Girl.” —Isaac when Jane calls him by a more formal name

“You’re thinking. I can hear it as loud as a parlor clock.” —Emma to Jane

The movie begins by posting Proverbs 17:17 on the screen: “A friend loveth at all times, and a {sister} is born for adversity.”

“My goodness. Isn’t that faith!” — Joseph

“A horse ain’t no worse ever got took from me.” — Jane

“To curse the negro is to tempt damnation.” — Joseph

“Every road seems to end before I can get where I need to go.” — Jane

“God touched him and our lives turned to chaos.” — Emma about marrying Joseph

“We do not meet to talk about being kind over tea. We strive to BE kind.” — Emma talking to the Relief Society

“I was hurting so much I couldn’t hear the Lord’s voice no more.” —Jane

Want a can’t-fail movie night? Pick up a copy of 250 Great Movies for Latter-day Families!