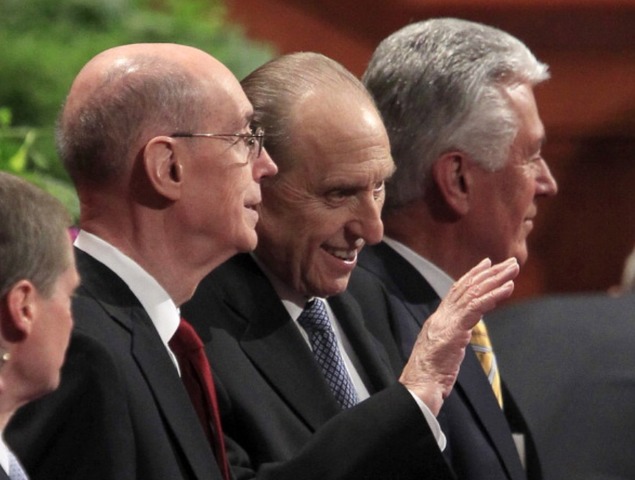 Recently, quite a bit of buzz was generated when Elder Ballard stated at a regional broadcast:

"Now someone has found one more way to keep family members occupied away from what matters most… It’s something called Pokémon Go. I don’t understand this, and don’t ask me anything about it. I just know one thing is that young people, and maybe a lot of old people, they look down on their smartphones, trying to find Pokémon, I guess, instead of looking up to see the beautiful creations of God’s wonderful world."

While I've read plenty of headlines or social media posts about an apostle discouraging members from playing Pokémon Go, those summaries misunderstand the whole point of the message.

As LDS S.M.I.L.E. notes, this comment was taken out of context, and, what's more, in the retelling it's hard to hear Elder Ballard's light-hearted tone.

Elder Ballard's message was one about keeping our minds and hearts focused on what matters most in life—not one about Pokémon Go. If this was given a few years ago no doubt he would have used Floppy Bird or Candy Crush or one of a million other examples.

But his message reaches far beyond one app. I myself, much like Elder Ballard, have never played the game and have only a general idea of what it's about. However, I've had plenty of games, apps, news feeds, work emails, habits, and even books that have distracted me from focusing on my family and the people around me. But if I get hung up on one example, I run the risk of missing the whole point—and the benefits—of Elder Ballard's message.

► You'll also like: What the Media Got Wrong About Elder Bednar's Comments on Gay Members

And, in the defense of those who do like Pokémon Go, there are several ways we can turn this hobby into a way that supports rather than detracts from what matters most. For instance, Pokémon Go can be used for fun family activities, as a way to get out and exercise, or even as a way to spread the gospel to those who use our churches and temples as PokéStops.

► You'll also like: How Pokémon Go Is Making Missionary Work So Much Easier for These Sister Missionaries

But this instance is a prime example of how many times Church members can develop selective hearing when we listen to Church leaders. When listening to prophets and apostles, we must be careful to always keep in mind context and the overall message. If not, we run the risk of misquoting and misrepresenting our own leaders and beliefs.

When we go into meetings or listen to broadcasts, are we going in with humble hearts that are searching for understanding, not a debate? Are we turning into Pharisees and Sadducees that nitpick over such specific points of doctrine that we forget the main crux of the gospel? Do we really listen to these leaders with the intent to change ourselves, or do we have selective hearing that only picks up on things that are controversial or popular?

As we prepare for general conference, I think it's important for all of us to consider how we listen to and apply the counsel of prophets and apostles.

For instance, think of your motivations for reading and studying the words of the prophets. Are we trying to better ourselves and outline our own personal standards, or are we using their words to create a blanket statement we apply to everyone around us regarding caffeine, movies, or a number of topics that don't necessarily point toward our devotion and conversion?

► You'll also like: R-Rated Movies: What Have the Prophets Actually Said?

► You'll also like: Did the LDS Church Officially 'OK' Caffeine?

The prophets and apostles' words are sacred and something we should ponder sincerely. But they are not measuring sticks with which we should abuse or judge those around us. We are so blessed to live in a time when we can hear from the Lord's servants regularly—and that is a privilege we should never take for granted.