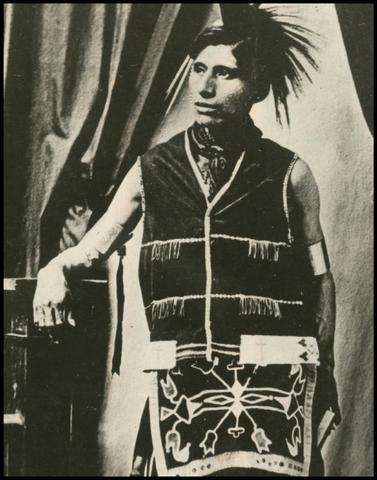 “I have felt the Lord’s hand in my life as I have progressed through many years,” Elder Echo Hawk said.

Elder Larry J. Echo Hawk, General Authority Seventy, talked about a connection between his Pawnee Indian ancestors and the Mormon Pioneers as he testified on June 27 of the spiritual blessings that come from doing temple work.

He began his remarks during his LDS Business College devotional by explaining the origin of his last name, which was given to his great-grandfather. The hawk is a symbol of bravery among the Pawnee people, and since his brave deeds were spoken of from one side of the village to the other, the elders of the tribe gave him the name Echo Hawk.

Elder Echo Hawk recounted the history of the Pawnee people, who in the 1800s lived in what we now call Nebraska and northern Kansas. In the winter of 1874, the United States government forced them to relocate to the Oklahoma Indian Territory.

“It is a painful history,” Elder Echo Hawk said. “Not only did the Pawnee people lose their homeland, they lost their way of life.”

The suffering of the Pawnee people carried on to future generations. But out of pain was eventually born promise, Elder Echo Hawk said. When he was 14 years old, two missionaries from the Church came into his home and taught his family.