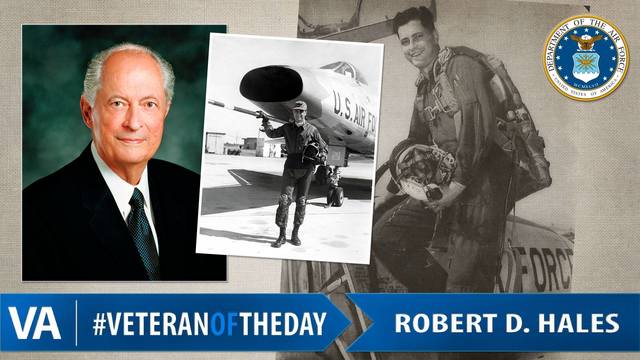 Elder Hales Featured by the U.S. Department of Veterans Affairs: "He Has Returned with Honor"

Every day the U.S. Department of Veterans Affairs chooses one veteran to highlight and feature on their Facebook page, telling their story of service. On October 3, they honored Elder Robert D. Hales.

While many of us remember Elder Robert D. Hales as an apostle and hero in regards to spreading Christ's light and championing the gospel, he was also a hero who served in the U.S. Air Force. After describing his service as a fighter pilot, the post emphasizes:

Robert applied what he learned in his Air Force days to his life and in teaching his two sons. “Our unit motto—displayed on the side of our aircraft—was ‘Return with Honor,’” he said. “This motto was a constant reminder to us of our determination to return to our home base with honor only after having expended all of our efforts to successfully complete every aspect of our mission.”

The U.S. Department of Veterans Affairs also highlighted Elder Hales's service in the Church, stating, "Through his life Robert served in volunteer church positions, and for the past 42 years had been a senior leader of The Church of Jesus Christ of Latter-day Saints. Robert exemplified his squadron motto throughout his life, and has returned with honor."