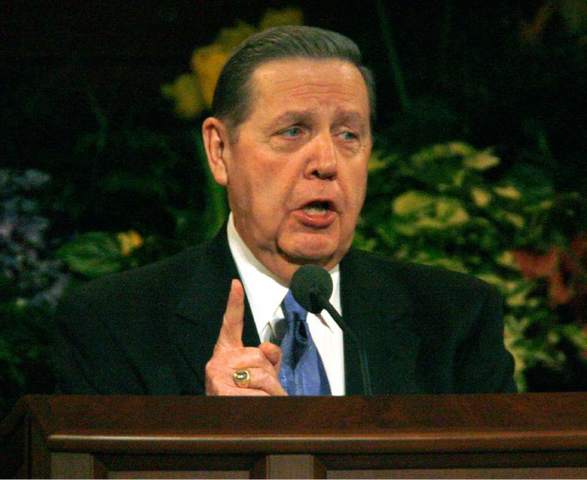 "[V]iolence toward women is not limited to times of war. Instances of female genital mutilation, removal of bodily appendages, and honor killings persist during times of 'peace.' Women also are exploited by pornography, sex trafficking, baby farming, and slavery operations," Elder Jeffrey R. Holland said in his introduction to a speech he gave on September 11.

In a Sept. 11 speech at a four-day conference in the United Kingdom titled "Religious Persecution: The Driver for Forced Migration," Holland told attendees that sexual attacks do not happen only during war.

"Instances of female genital mutilation, removable [sic] of bodily appendages, and honor killings persist during times of peace," the obviously emotional apostle said, "God knows of [women's] suffering and weeps with them."

The inclusion of female genital mutilation—in which the clitoris is pricked, cut, or even eliminated—startled Chad Emmett, who teaches geography at LDS Church-owned Brigham Young University.