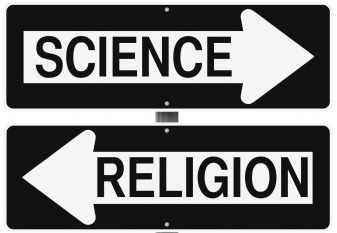 Elder Oaks Shares How He Reconciled Science and Religion

Ever since their beginnings, all of the great Abrahamic religions have found themselves frequently at odds with more scientific communities. The Biblical tales of the Creation, Noah's Ark, and the Tower of Babel are taken as literal truth by many despite their apparent incompatibility with science.

Because he spent his professional life in the legal field, Elder Dallin H. Oaks of the Quorum of the Twelve Apostles wasn't exposed to many of the conflicts between science and religion until he became the president of Brigham Young University. While there, he said he was required to "search out, learn, and articulate answers to questions I had previously been privileged to ignore."

In his book, Life's Lessons Learned, Elder Oaks shares some of his beliefs regarding science and religion.

"Some try to deal with apparent conflicts by compartmentalizing science and religion—one in one category, such as Monday through Saturday, and the other in another category, such as Sunday. That was my initial approach, but I came to learn its inadequacy. We are supposed to learn by both reason and revelation, and that does not happen when we compartmentalize science and religion. Our searchings should be disciplined by human reason and also enlightened by divine revelation. In the end, truth has only one content and one source, and it encompasses both science and religion."

With that said, Elder Oaks went on to recall a student who wrote him a letter during his days as president.

"A student wrote to me to complain that we 'are not using the teachings of the prophets . . . in our classrooms as we could." He cited the teaching in one particular department as having a lack of balance, criticizing the prototype of a professor who "has a Ph.D. in his academic discipline and the equivalent of an eighth-grade education in the gospel."

"For some, an attempt to mingle reason and faith can result in either irrational scholarship or phony religion," Elder Oaks cautioned. But, he continued, "I am confident that when we progress to the point where we know all things, we will find a harmony of all truth.

"Until that time, it is wise for us to admit that our understanding—in religion and in science—is incomplete and that the resolution of most seeming conflicts is best postponed. In the meantime, we do the best we can to act upon our scientific knowledge, where that is required, and always upon our religious faith, placing our ultimate reliance for the big questions and expectations of life on the eternal truths revealed by our Creator, which transcend human reason, 'for with God nothing shall be impossible'" (Luke 1:37).

“I have learned things that have shaped my life and teachings, including some things of the heart not previously shared,” writes Elder Dallin H. Oaks in the introduction to this unique book. “This is an autobiography of learning and application rather than a compendium of doctrine.”