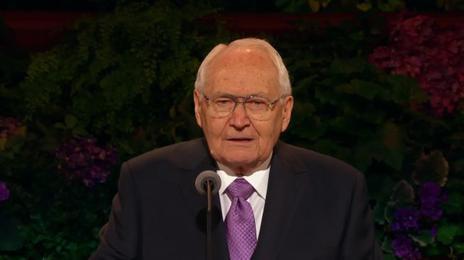 Elder L. Tom Perry was hospitalized today after he experienced some trouble breathing.

In a statement released by the Church, LDS Church spokesman Eric Hawkins said, "Elder L. Tom Perry is in the hospital for tests and observation following some breathing difficulties. Elder Perry, who is 92, is the second most senior member of the quorum of the Twelve."

The current Quorum of the Twelve and First Presidency are the oldest in the Church's history. At age 92, Elder Perry is also the oldest member of that group.

UPDATE: At 8:30pm, the Church updated Elder Perry's status, saying, "Elder Perry has been released from the hospital and is resting at home."