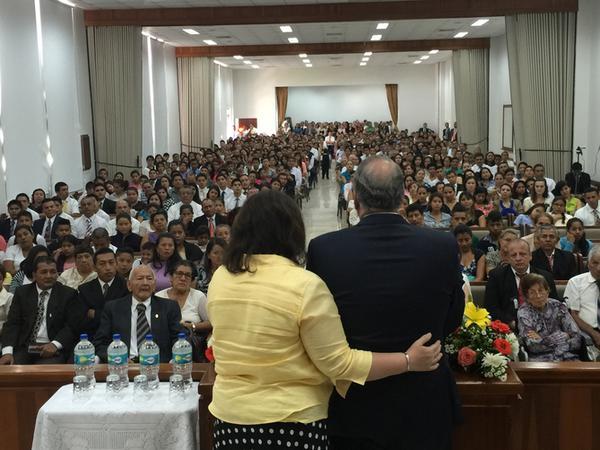 Plans for Elder Ronald A. Rasband's recent trip to South America didn't include the cities impacted by the earthquake in Ecuador this April. But Elder Rasband felt inspired to visit these places, even though he was told it would be nearly impossible.

In the days leading up to his recent trip to northwestern South America, Elder Ronald A. Rasband of the Quorum of the Twelve Apostles experienced a powerful prompting.

Elder Rasband felt strongly that he should visit the Latter-day Saints in western Ecuador whose lives were forever changed on April 16 by a 7.8-magnitude earthquake that killed hundreds and injured tens of thousands.

He was told such a visit was impossible. Elder Rasband would be on a tight schedule during his June 3–13 tour of Colombia, Peru, and Ecuador. Additionally, there were questions about the road conditions leading to the quake-impacted cities of Portoviejo and Manta.

“Still, I felt like we somehow needed to get to those areas,” he told the Church News.