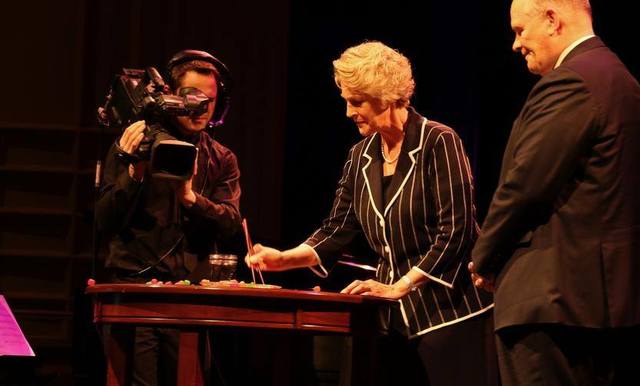 Elder Renlund: What Chopsticks, Gumdrops, and Missionary Work Have in Common

Gumdrops and chopsticks don't usually come to mind when we talk about missionary work.

In a recent Facebook post, Elder Renlund shared how when we work together, much like using two chopsticks instead of one to pick up a gumdrop, missionary work is made much easier.

In 2013, President Thomas S Monson announced, “Now is the time for members and missionaries to come together, to work together, to labor in the Lord’s vineyard to bring souls unto Him. He has prepared the means for us to share the gospel in a multitude of ways, and He will assist us in our labors if we will act in faith to fulfill His work.”

As she struggled, I encouraged her to set higher goals. She was still unsuccessful. I suggested she exercise more faith. She was still failing. I traded one chopstick for the other and counseled her to focus more. This did not produce an improvement.

Eventually I gave her both chopsticks to move the gumdrops to the jar and she was successful!

Clearly, two chopsticks can get gumdrops into a jar, into a safe jar, a “gumdrop-garner” when one chopstick, alone, cannot.

When members and missionaries work together, great things happen. Missionaries and members working together affects Heavenly Father’s children on both sides of the veil. Two chopsticks can simply accomplish what one chopstick cannot. And as we thrust our chopsticks in with our might, we lay up in store and bring salvation to our own souls.