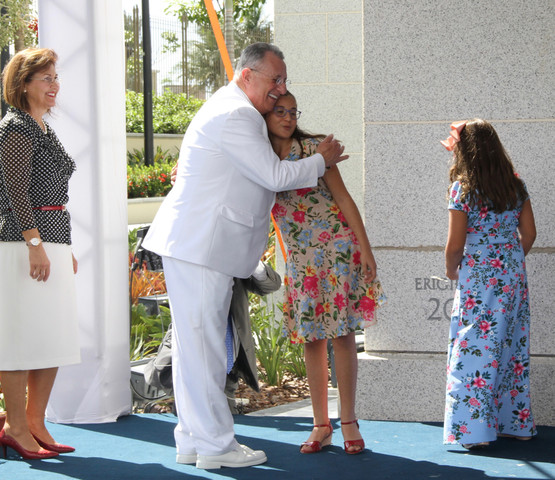 Elder Soares Shares Family Conversion, Sacred Dedication of Newest Brazil Temple: “I Felt Like We Were in Heaven"

"I felt like we were in heaven—I think the Lord gave us an opportunity to feel the spirit of the country and the spirit of the language,” Elder Soares said after this historic dedication of the Fortaleza Brazil Temple.

For the Latter-day Saints in this northeastern coastal city who struggled to start a branch with just a couple of convert families five decades ago and then patiently waited for the dedication of temple announced nearly 10 years ago, Elder Ulisses Soares served as an empathetic friend.

In several weekend meetings associated with the Sunday, June 2, dedication of the Fortaleza Brazil Temple, Elder Soares — the Brazilian-born member of the Quorum of the Twelve Apostles presiding over the events — recalled his parents’ conversion when he was five years old.

With no temple in all of South America, the Soareses were part of the Los Angeles California Temple district. They waited 14 years before being able to go to the temple to receive their endowments and to be sealed as a family.

“It was something they were dreaming of for a long time — the high cost of those days and the distance made such a trip then almost impossible,” recalled Elder Soares, explaining how his parents transitioned from worldly habits to gospel habits in preparing for the temple.

Elder Ulisses Soares of the Quorum of the Twelve Apostles with his wife, Sister Rosasa Soares, speaks to members gathered at the cornerstone ceremony of the Fortaleza Brazil Temple on Sunday, June 2, 2019. Photo: Scott Taylor

As a young man in 1978 and well before the completion and dedication of a new temple in São Paulo later that year, he left on his mission to Rio de Janeiro without ever having attended the temple. While he was gone, the rest of his family went for the first time.

One month before his scheduled return, Elder Soares and a half-dozen other similarly unendowed missionaries received special permission from their mission president to join one of the overnight weekend temple caravans carrying members from Rio to the São Paulo temple.