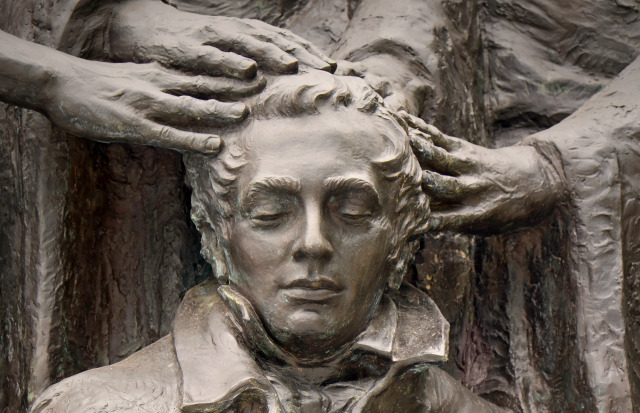 The Church just held a worldwide celebration of Joseph Smith’s First Vision experience. And while the First Vision holds great significance, little would have happened had Joseph’s interactions with heavenly messengers ended there. The priesthood had to be restored in order for the salvation of God’s children to move forward. In the June issues of the New Era and the Ensign, Elders Quentin L. Cook and Gary E. Stevenson of the Quorum of the Twelve Apostles are eager to remind Latter-day Saints of the importance of the restoration of the priesthood.

“Because the Aaronic Priesthood and its keys were restored, people—you and I and others—can come unto Jesus Christ, make covenants, receive cleansing ordinances, and qualify to receive the Holy Ghost as a constant companion and as the means of ministering in a powerful way,” wrote Elder Cook in the New Era.

The restoration of the Aaronic Priesthood began when Joseph Smith and Oliver Cowdery were working on the translation of the Book of Mormon. Passages in the book that discussed baptism and authority, raising questions about how they were to perform those ordinances themselves. On May 15, 1829, Joseph and Oliver knelt in a secluded sugar maple grove to ask the Lord what they should do.

In answer to their prayer, John the Baptist appeared to Joseph and Oliver. He laid his hands on their heads and conferred upon them the Aaronic Priesthood. John the Baptist also instructed them to baptize each other, which they did later that day along the banks of the Susquehanna River. Interestingly, because of the persecution they received over their beliefs, Joseph and Oliver had to keep their baptism in the river a secret.

“The river served as a main thoroughfare for commerce and transportation during the spring floods, with a steady flow of watercraft. It is possible that Joseph and Oliver waited until after dusk or took advantage of higher waters and found a more secluded spot on the floodplain,” wrote Elder Stevenson.

But now, baptism and the restoration of the Aaronic Priesthood is anything but a secret. The Restoration of the gospel is an ongoing process and Elders Cook and Stevenson invite everyone to be a part of it.

“May each of us be willing participants in the ongoing Restoration of the gospel by enthusiastically embracing and practicing what has been revealed to modern-day prophets. Examples include living the higher and holier law of ministering to our brothers and sisters,” wrote Elder Stevenson.

Elder Cook reminds youth reading the New Era that now is “an exciting time for you to be alive! You have an important role to play in a significant era in the Church and in the history of the world.”

“As you reflect on the blessings available to you because of the Aaronic Priesthood, I pray that you will feel the Lord’s Spirit prompting you to take advantage of these blessings for yourself and to share them with others,” wrote Elder Cook.

Read Elder Cook's full remarks in the New Era and Elder Stevenson's in the Ensign.