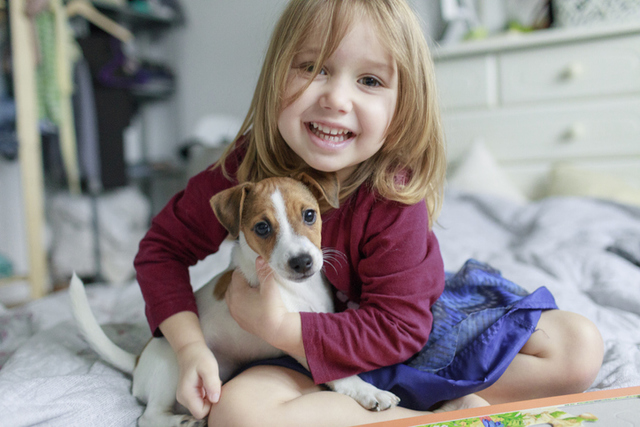 As I watch the fledgling faith of my children grow, it is hard to teach the parallel truths that miracles and signs and wonders are real, that we should pray in faith for the desires of our hearts, and that sometimes (most times?) we may not get what we asked for.

For my little kids, though, the world is very concrete: If God is real, He’ll do what I ask. If He’s not real, He won’t do what I ask. As though the Creator of All Things were their genie in a bottle. Or Santa Claus.

I get it—I really do. We are separated from God in all too many ways on this earth, and we yearn for the blessings of heaven. Sometimes, we can’t face the silence any longer and we ask for signs. Certainly any one of us who has hoped for a sign of our very own is not the first (See Luke 11:16, Alma 32:17, D&C 63:8). I think the desire for signs is best exemplified by Korihor, who said to the prophet Alma, “If thou wilt show me a sign, that I may be convinced that there is a God, yea, show unto me that he hath power, and then will I be convinced of the truth of thy words.”

But Korihor had it backwards. Signs are things Heavenly Father tells us to watch for, and when the signs happen, we know He has spoken. God foretold to his prophets the signs of a new star in the east, and a babe in a manger wearing swaddling clothes. Their job was to watch and wait. In Doctrine and Covenants 63:9-10, we learn that “behold, faith cometh not by signs, but signs follow those that believe. Yea, signs come by faith, not by the will of men, nor as they please, but by the will of God.”

Signs are not a thing we demand. Signs are a result of our faith, not the source of it.

Sometimes we need to remember who’s in charge here.

I remember the day my daughter, then six, came to up to me in her panda bear nightclothes and announced to me that she had put on her own pajamas without my asking.

Pleased, I commended her for her good work.

This was the second day in a row, she informed me, that she had put her own pajamas on without my asking.

Before I could praise her again, she announced that because she had put her own pajamas on—for two days in a row!—without my having to ask, she should therefore be entitled to a new toy…which, she explained, I needed to purchase and deliver to her by the next morning.

As God’s children, are we like my little daughter, facing heaven, shaking our fists, and saying, “But I’ve been so good! Now it’s time for my present!”?

”Just one little sign,” we plead, “and I’ll be a believer for life.”

Be a believer. Then you’ll have signs for life.

Faith and its accompanying priesthood power are exercised not by imposing our own will, but by surrendering our will to God. Heavenly Father tells us what the signs are. Not the other way around.

That means we need to be listening. The first miracle won’t be God doing what we ask Him to do, but rather us doing what He asks us to do. Every blessing that follows obedience to a commandment is a sign. It’s exactly what Heavenly Father has told us to watch for. Like wonders in the heavens, the little blessings that come from our obedience are the first among many signs that follow the believers.

This is the hardest lesson to teach my children. And their logic makes sense—if we are praying to an all-powerful creator, He obviously has the power to grant our requests. So why wouldn’t He?

I often talk with my children about prayer and I ask them if Heavenly Father has answered any of their prayers. For my youngest kids, the answer is a constant and consistent “no.” This is especially difficult for me because as their mother, I deeply want them to have the same kinds of faith-affirming experiences I have had. It’s hard to communicate that when I ask if Heavenly Father has answered their prayers, I am not asking “Did He do what you asked Him to?” but rather, “When you spoke with Him, did He speak back?”

As I reflect on the experiences from my own life when I first felt the Spirit—like really felt it, as described in the scriptures—I realize that many of those experiences came later in my life. I had faith as a child, but it wasn’t until later that signs attended that faith. And then, it was through deep study of the scriptures and sometimes through harrowing experiences during which I called on the name of Christ in faith and, to be fully honest, desperation. The signs came, but not when I was signseeking.

And somehow I have to stoke the fire of that faith even in the absence of the miracles they wanted, prayed for, and set up as signs.

My daughter had a friend whose puppy was very ill. My sweet child came home and prayed with all of her might that the puppy might be healed. With all of her childlike faith, she pleaded with our Father in Heaven to let the puppy live.

But the puppy died.

I admit to wondering at the time why, to make my life easier, this one little miracle hadn’t been allowed to happen. If that one little puppy had lived, our work at building my child’s faith seems like it would have been so much easier. After all, her prayer would have been answered. From then on, we could always have told the story of The Puppy That Lived.

But maybe then my daughter’s faith would have been built on a puppy foundation, and not on the rock of our Redeemer. I want my children’s faith to be built through personal, deep, real relationships with Christ. Not on stories. Stories can be questioned, forgotten, eroded, disproven, unraveled.

What can’t be so easily torn apart are the daily conversations each of us can have with our Father in Heaven. His voice, His calming Spirit, and the gifts He sends—these are delicate, indelible miracles that weather the storms—puppy deaths and all—of life.

These are the signs worth waiting for. 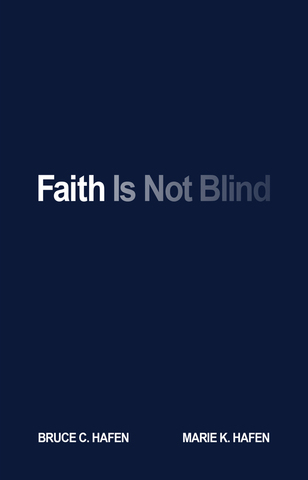 We often encounter unexpected questions and complexities that can challenge our faith. Faith Is Not Blind offers fresh concepts and tools that will help readers learn from these experiences, rather than feeling disillusioned by them.

Award-winning authors Bruce and Marie Hafen draw upon a lifetime of experience in Church service, college teaching, and parenthood to help readers embrace both the spiritual and the intellectual aspects of the gospel. Their approachable tone and real-life examples acknowledge complicated gospel issues, yet clearly and gently guide readers through the steps necessary to work through complexity, develop informed testimonies, and become filled with the faith that comes from knowing God.