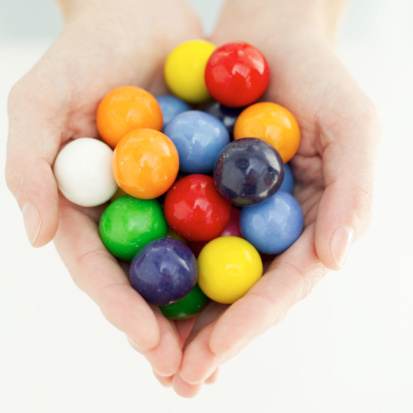 We cannot successfully choose both the safety of righteousness and the dangers of worldliness.

Lesson:
Draw a line down the middle of a large sheet of paper or poster board. Have your family read Alma 29:4–5 and find the opposites contained in the verses. List one word on the left side of the board and its opposite on the right side of the board. When finished, the board might look something like the chart below:

Ask your family which list they would rather have and why. What would they be willing to do to enjoy those things?

• How might knowing that the Lord “granteth unto men according to their desire” in this life affect our decisions for the future?
• What can we do to show the Lord that we want life and salvation more than death and destruction?

[One] night my high-school-age son persuaded me to sit down and watch the second half of a football game. I have always made it a policy that no sacrifice is too great for my boy. So we sat down and watched football. While watching this game, some facts became very apparent. In fact, it had gospel application and priesthood application.

I noticed, for example, that there were no shortcuts to the goal line. It was a hundred yards in both directions. I also noticed that the team that seemed to have had the most practice, that did the best planning, that executed their plays the best, and that had the best team attitude, was the team that made the most points.

I also noticed that when team members cooperated and helped one another, the team made the most yardage.

It was also obvious that when someone broke the rules, there was always a penalty imposed. It sounds a lot like life, doesn’t it? In talking about this to my boy, he said, “Fifteen yards is nothing; but, Dad, when you ground me for three days, that is too much.”

We also noticed that no one was allowed to make up his own rules as the game progressed. They all lost their free agency to do that when they agreed to join the team and play according to the established rules.

And last but not least, I noticed when it was all over, the winning team was a lot happier than the team that lost.

Now brethren, we believe that “men are, that they might have joy”; and joy can best come as we obtain victory in the game of life, played according to the only acceptable rules—those set down by our Heavenly Father.

Activity:
Seat everyone in a circle. Position one person with a thimbleful of water in the center of the circle. The person in the center picks a category that has a limited number of items in it. For example: states, plays of Shakespeare, names of those in the room, U.S. Presidents, units of English measure, countries in Europe, and so on. He then secretly writes down one item in the category.

As the person in the center moves from one person to the next, those seated have to name one of the items in the category. Items may not be repeated.

Preheat oven to 350 degrees. Cut each cheese stick in half lengthwise to make 2 thin sticks. Place 1 thin stick on edge of each tortilla; roll tortilla tightly around cheese. Brush edge of tortilla with water to seal. Press to seal. Repeat with remaining cheese and tortillas. Place taquitos, seam sides down, on cookie sheet. Brush each lightly with oil. Bake 5 to 7 minutes or until edges of tortillas are golden brown and cheese is melted.