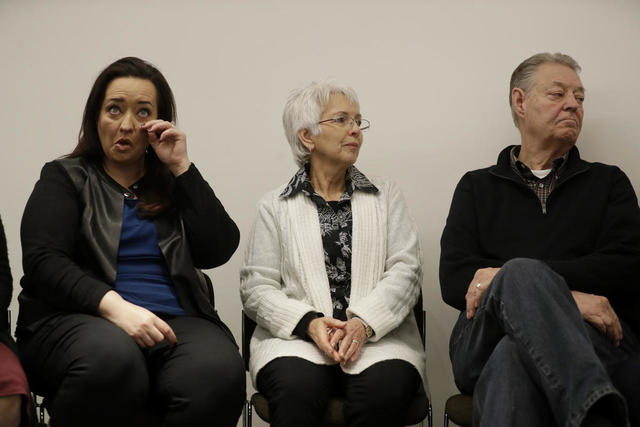 To celebrate their 25th wedding anniversary, Utah couple Melissa and Kurt Cochran traveled through Europe, stopping in London to visit Melissa's parents who were serving a mission in the London temple. The day before they were to return home, they were caught in the middle of a deadly terrorist attack. Though heartbreaking, the family feels as though this tragedy has brought them closer together.

The family of an injured Utah woman and her husband who was killed in the terror attack on London's Westminster Bridge say they hold no ill feelings toward the man responsible, but instead are focusing on the love and closeness within their family.

Gathered at New Scotland Yard in London for their first press conference since the attack, 11 family members of Melissa and Kurt Cochran said Monday their daughter and sister is healing as the world learns about her husband, a man they described as "larger than life."

"For those of us who knew Kurt in life know that Kurt would not bear ill feelings towards anyone, and we can draw strength as a family from that," said Clint Payne, Melissa Cochran's brother. "His whole life was an example of focusing on the positive. Not pretending that negative things don't exist, but not living our life in the negative, and that's what we choose to do also."

Kurt Cochran was one of four people killed in the attack, while as many as 50 more were injured. The man responsible also died.