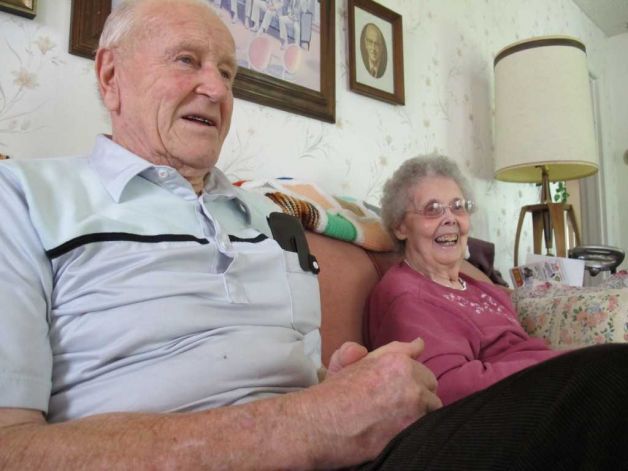 Sixty-five years of marriage have taught Alvin and Mina Mae Ecker a few things — only spend what you have, shred the credit cards and find a religion.

Since they wed at a mortuary in Montana in 1946, the Eckers have raised four children, built several homes and traveled around the West without straying from each other's side. They have lived in Utah for the past 20 years, a state that practically leads the nation in marriage longevity, according to figures released Thursday by the U.S. Census Bureau.

Only Wyoming couples stayed together longer — 23.7 years compared with Utah's 23.6 years. Nationally, the median length of a first marriage is 20.6 years.