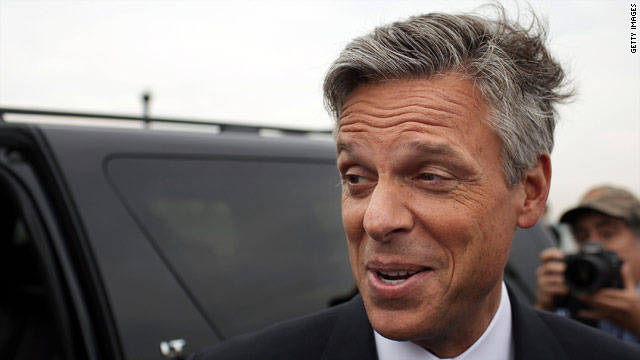 For Huntsman, a little faith could go a long way

One of the more intriguing questions posed by Mitt Romney's presidential run is whether a Mormon can win the Oval Office. Now that former Utah governor John Huntsman Jr. (also a Mormon) has announced his candidacy, a new question emerges: What sort of Mormon might be elected president?

As any visitor to Disney World’s “Hall of Presidents” can tell you, Americans prefer their presidents white, male, and Protestant.

Only two presidents have overcome these desiderata (John Kennedy and Barack Obama), and they have run against their religion (in the case of Kennedy) and their race (in the case of Obama), reassuring the American people that they weren’t really all that Catholic or all that black — that they were Americans first, and members of their religious or racial communities second.
Read the rest of this story at cnn.com