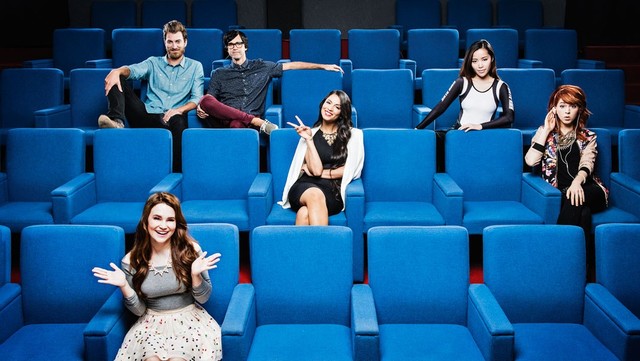 MR says: Out of the world's 13 highest-paid YouTube stars, a Mormon broke the list's top five, coming in at fourth place in an article recently published by Forbes.

Congratulations to Lindsey Stirling for her incredible success!

Ask just about any stranger on the street who Felix Kjellberg is and you’ll likely get a blank stare. Identify him as PewDiePie, his name on YouTube—where he’s got almost 40 million subscribers—and you’ll get a few more positive responses.

The 25-year-old Swede is the top-earning YouTube star on the planet, pulling in $12 million pretax over the past year, all for providing expletive-heavy commentary as he plays videogames. Thanks to the millions of fans who make up his “bro army,” advertisers are willing to pay a pretty penny to have their products featured in his videos.

In our first-ever ranking of the top-paid YouTube stars, we have uncovered the 10 channels that have managed to earn the most from their Internet aspirations. The minimum to make the list? $2.5 million in pretax earnings in the year ending June 1, 2015.

The list measures earnings before subtracting management fees and taxes. Our figures are based on data from Nielsen, IMDB and other sources, as well as on interviews with agents, managers, lawyers, industry insiders and the stars themselves.

These 13 DIY filmmakers—directors, producers, actors all rolled into one—have made millions doing what members of older generations may consider more play than work. By commenting on videogames, serving up comedy, debriefing about beauty and dancing while playing the violin, they have attracted millions of fans—and the money in their (or their parents’) wallets.

Check out Lindsey Stirling's latest album, "Shatter Me," at deseretbook.com.