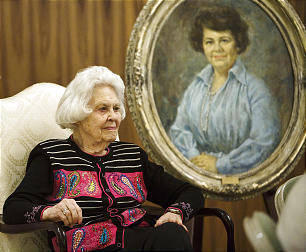 Funk, who led the young women of the LDS Church from 1972 to 1978, was an esteemed pianist who taught lessons and accompanied many throughout her years. She also led hundreds in choirs and classes at East High School from 1969 to 1972.

She was born in Chicago and raised in Salt Lake City, her father often encouraging her to learn tough pieces to play on the piano. According to a 2010 interview with The Mormon Women Project, Funk said she mastered Mendelssohn's Rondo Capriccioso at age 14, and it became her "signature piece."

She later played in her home for esteemed guests like Helen Keller, and took lessons from Leopold Godowsky.