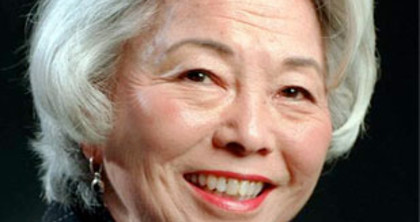 For most of my life, I have had to build bridges interculturally. I remember very clearly the point at which I made the choice to be a bridge builder. On December 7, 1941, the day the Japanese Imperial Air Force destroyed the American fleet at Pearl Harbor, I was 15 years old. When we saw the planes and heard the bombs, we didn't know if a landing party was on its way, if the Americans would retaliate, or which side might pose the most danger to us as Japanese-Americans.

My mother and I were terrified. We gathered everything in the house that had come from Japan and stuffed it into the incinerator. We burned fans, books, documents, pictures—anything that might say, "A Japanese family lives here." When we were through, I looked in the mirror, saw my face, and thought, "I am Japanese. I have never set foot in Japan. I am not Japanese in my heart. If a Japanese submarine landed on our beach and Japanese soldiers came ashore, I would run away from them. But I cannot run away from myself. My eyes, my skin, and my hair are Japanese. I will always be Japanese."

That realization cut through my confusion and fear. I realized then that there was no easy answer. I realized that many things might happen over which my family and I would have no control. But no matter what happened, I would have to deal with reality—and that involved being both Japanese and American. I would have to work out the answer to who I was a day at a time, doing the best that I could. Either I would build a bridge between the two cultures, finding a way to accept both parts of myself, or else I would remain forever lost between the two worlds.

The greatest bridge of all is the culture of the gospel. "For by one Spirit are we all baptized into one body," Paul wrote to the Corinthians, "whether we be Jews or Gentiles [or Cambodians or Japanese or blacks or Bolivians], whether we be bond or free; and have been all made to drink into one Spirit" (1 Corinthians 12:13).

When we moved to Utah, I was the first exchange teacher from Hawaii to teach at Uintah Elementary School in Salt Lake City. I had taught elementary school for three years in Hawaii and loved it thoroughly. I knew I could be a successful teacher. But still, I felt twinges of apprehension. It had not been all that long since the end of World War II, and I was braced for some racism.

I was not surprised, then, when my principal called me into the office a few days before school started. Her face told me instantly that something was wrong. Hesitantly she said, "I'm very sorry to say that three of the mothers of students assigned to your second grade have requested that they be transferred to a different room. They don't want their children to have a Japanese teacher."

"Oh, no problem!" I said cheerfully. "Don't worry about it. It's fine with me to make the switch. I will love whoever comes into my class." She looked at me in amazement, then breathed a sigh of relief. When I told my husband about the incident that night, I laughed and said, "Three out of thirty-five isn't bad! I have 32 students who want me, and three more who are going to have that chance."

Then I poured all my efforts into making that first day a success. In those days of limited and expensive travel, Hawaii was exotic; and I was Japanese-American from Hawaii, which made me exotic, too. I resolved to be exotic. I made a fuschia-colored dress that showed off my skin and black hair and tucked a fuschia flower in my hair. I was the most vivid thing in the whole school that first day.

The custom was for each teacher to meet her children on the playground, call the roll so that each child would know where to come, and lead her children into the classroom. The other two second-grade teachers, as a courtesy to me, said, "Would you like to assemble your class first?" I was absolutely delighted. It was exactly what I had hoped for.

I still remember opening the roll book, calling each child's name clearly, looking directly at each child as he or she came into line, smiling, and making some comment. "James Backman—what a nice name!" (He came and stood before me and said, "My dad is president of the Salt Lake Board of Education.") "Beth Benson—how carefully you've tied your hair ribbons!" (And she said, "My dad is an apostle in the Church!") You can see how I could have felt just a little intimidated. But when I led them off, I could feel their anticipation.

That very afternoon, the principal took me aside, smiling a little. "Chieko," she said, "I just wanted you to know that those three mothers—you know, the ones who wanted their children in the other classrooms?—have come and asked if their children can be transferred back to you. I told them 'opportunity knocks only once.'" She laughed, "Can you imagine how furious the other mothers would be if I tried to talk them into transferring their children out of your room?"

My Japaneseness could have been a limitation. In fact, to those three parents initially it was a limitation. But because I was willing to work with it instead of letting it work against me, and because I did the best I could do, it turned into a wonderful experience for all of us.

Sister Chieko N. Okazaki served as a counselor in the general Relief Society presidency from 1990 to 1997. Her powerful teaching and cheerful enthusiasm for the gospel endeared her to members of the Church of all cultures around the world. Read more about suspending judgment, building bridges, and creating a positive outlook in life in her book, Lighten Up! Finding Real Joy in Life, available at Deseret Book stores and deseretbook.com.