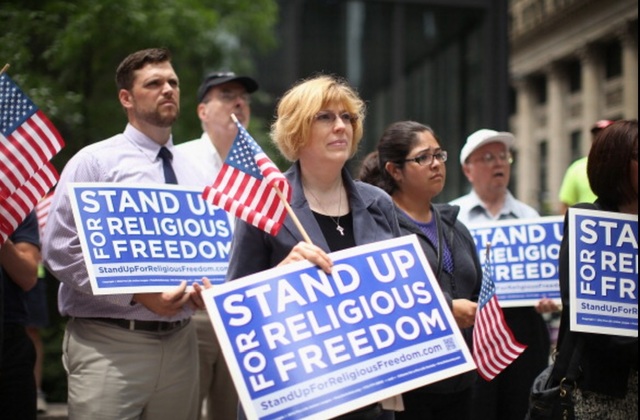 Jolley was appointed after decades of working with Nevada Sen. Harry Reid.

"No one cares more about protecting religious freedom than Sandy Jolley," Sen. Reid said in a statement, "She has a proven record of bringing people of disparate backgrounds together to accomplish great things, and she will be an invaluable addition to the commission.”

Jolley has spent decades advocating not only for religious freedom but for women and families. As the co-chairman of the Las Vegas Area Public Communications Committee of the Church, she helped build interfaith ties in the Las Vegas community.

"Sandy Jolley is a Nevada icon and Church leader recognized in the Silver State and throughout the country for her tireless advocacy for faith, women and families," Sen. Reid said.

The appointment of an LDS member to a role to protect religious freedom comes at a time of widespread religious persecution. According to a report from the USCIRF, religious freedom is under a "serious sustained assault" around the world.

Commission chairman Robert P. George said in an article by the Religious News Service that some in China were imprisoned for opposing the removal of crosses from churches. In Iran, Sunnis, Christians, and Baha'is  have been persecuted, imprisoned, and killed.

“I maintain that the teachings and free practice of religion are essential to a free and prosperous society,” he said. “I also maintain that religious values and political realities are so interlinked in the origin and perpetuation of this nation that we cannot lose the influence of religion and religious bodies in our public life without seriously jeopardizing our freedom and prosperity.”