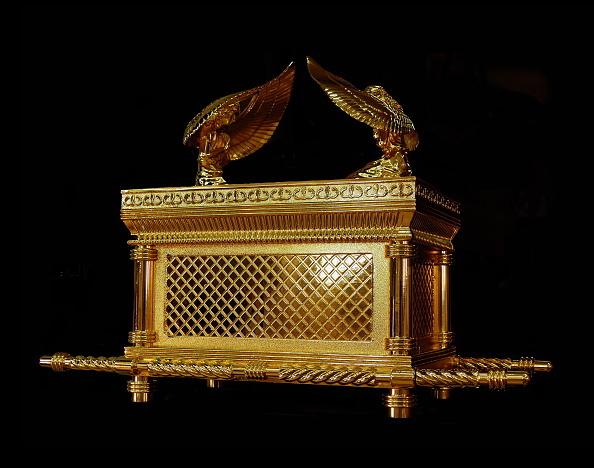 From Armageddon to Adam and Eve: 5 Little-Known Answers to Old Testament Questions

Ever wonder why Samson grew his hair out or what the Ark of the Covenant looked like? If you're like most people, the answer is yes.

The following questions and answers were excerpted from 400 Questions & Answers about the Old Testament.

1. Did the Lord literally or figuratively create Eve from Adam’s rib?

President Spencer W. Kimball wrote, “The story of the rib, of course, is figurative.”100 The Hebrew form of the name Eve is “Chavvah, related to chayyah,” meaning “life.”101 Thus, Eve became the wife of Adam and the mother of all living. In a real sense she completed Adam as they cleaved to each other and became one flesh—or, as Hugh Nibley said, “[Adam] is incomplete by himself—the man is not without the woman in the Lord” (1 Cor. 11:11).102

2. Gen. 32:24–26—Did Jacob literally or figuratively wrestle with an angel to receive a blessing from the Lord?

Although most scholars contend that Jacob wrestled an angel to receive a blessing, President Joseph Fielding Smith disagreed: “To think he wrestled and held an angel who couldn’t get away, is out of the question. The term angel as used in the scriptures, at times, refers to messengers who are sent with some important instruction.” (Note, the Hebrew word translated as angel means “messenger” and is used in reference to human and divine messengers.) After receiving his call to the Quorum of the Twelve Apostles, President Spencer W. Kimball compared his wrestle before God with that of Jacob’s: “I remember reading that Jacob wrestled all night, ‘until the breaking of the day,’ for a blessing; and I want to tell you that for eighty-five nights I have gone through that experience, wrestling for a blessing. Eighty-five times, the breaking of the day has found me on my knees praying to the Lord to help me and strengthen me and make me equal to this great responsibility that has come to me.”

Philistines, a loose confederation of tribes collectively known as “Sea Peoples,” dominated the political scene in the land of Canaan for about two hundred years. They were troublesome to their near neighbors, the tribes of Israel. During the dominion of the Philistines, Sampson served for twenty years as a judge over the tribe of Dan. He was known for his confidence, courage, and supernatural power (see Judg. 13:25; 14:6, 19). Misfortunes in his life began “when his confidence in God turned into conceit and pride. Over a period of time, he broke the vows of a Nazarite and violated other commandments, including the law of chastity” (Judg. 16:1). The length of his hair was an outward sign of his commitment to the Nazarite vow. “Delilah’s treachery and the shaving of Samson’s hair signified the final betrayal of his vows.”271 The betrayal, not the cutting of his hair, led to his loss of strength.

The ark of the covenant, also known as ark of Jehovah and ark of the testimony, was an oblong chest constructed of shittim wood overlaid with gold. Its exact appearance remains a mystery. The replicated depiction of the ark as an ornate chest on wheels comes from a stone engraving found in a third century a.d. synagogue in Galilee.

The ark was made by Moses at Jehovah’s behest, and was the “oldest and most sacred of the religious symbols of the Israelites.” It was “fitted with rings and staves, by which it was carried. Prayers were recited before it moved or rested, . . . and during its progress it was treated with the greatest reverence.”211 The covering of the ark was called the mercy seat. This covering was “regarded as the earthly dwelling place of Jehovah” (Bible Dictionary, “Ark of the Covenant”) and “The Throne of God.” The covering was made of gold and adorned with two gold cherubim with wings that stretched toward each other, representing heavenly creatures. Inside the ark were tables on which were written the Ten Commandments. Also in the ark were the rod of Aaron and a pot of manna. “An omerful (ca. 5.8 pints), the daily allowance [of manna], was preserved, kept from decay, to show future generations the food of wilderness sustenance.”212

5. Ezek. 36–37—What events will take place before the great and final battle at Armageddon?

The apostle John wrote, “And he gathered them together into a place called in the Hebrew tongue Armageddon” (Rev. 16:16). From his writings the ame Armageddon has been applied to the final war or battle. The word Armageddon is derived from Megiddo, meaning “the place of troops.”491

Before the final battle at Armageddon, the following events will occur: 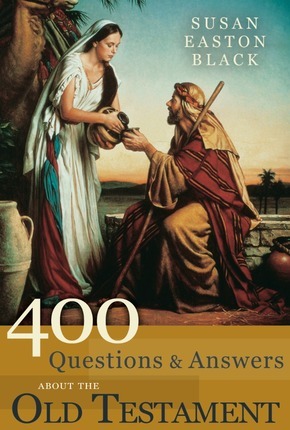 Of all the standard works, the books of the Old Testament often seem most shrouded in mystery. Unfamiliar vocabulary, cultural references, and symbolism can feel like daunting prospects for gospel study. So how can members of the Church avoid the spiritual pitfalls of misunderstanding these books of scripture? The answer lies in taking the time to decipher the text one topic at a time. In 400 Questions & Answers about the Old Testament, renowned BYU religion professor Susan Easton Black addresses a wide range of biblical topics designed to answer an array of common questions related to Old Testament study.