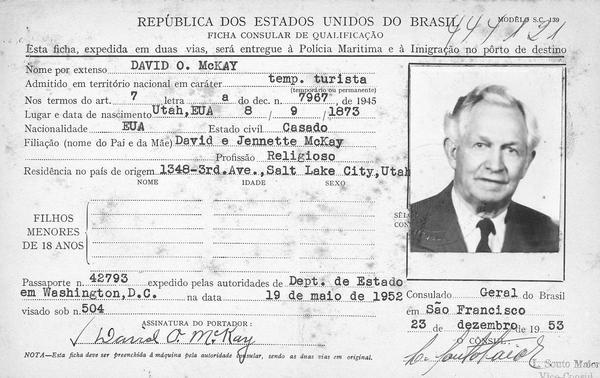 From Houdini to Disney: Finding Family and Fame on FamilySearch Records

Lisa McBride was browsing through FamilySearch.org's digitized collection of War of 1812 military records online when she found 1st Lt. Robert Puckett of White County, Tennessee, her fifth great-grandfather. Because she knew it was his duty to keep the company rolls, it occurred to her that the handwriting on the image may very well be his.

People can also just have fun. Documents, signatures, photos and other records of famous people can be found within the massive mountain of digital data. Earlier this week, FamilySearch International announced the publication of its 1 billionth image.

There are also four presidents of The Church of Jesus Christ of Latter-day Saints who traveled to Brazil during that time span, namely Presidents David O. McKay, Joseph Fielding Smith, Harold B. Lee and Spencer W. Kimball.