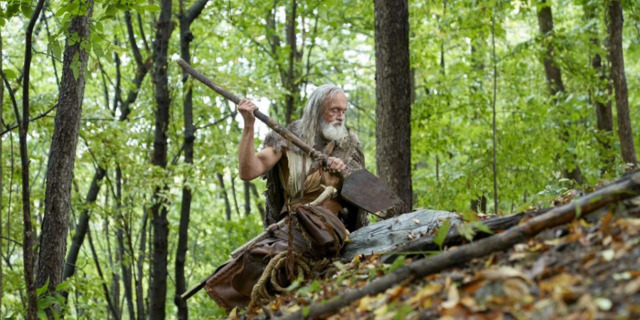 From Moroni to Joseph Smith: Special episode of Book of Mormon Videos released

byNewsroom of The Church of Jesus Christ of Latter-day Saints | Sep. 16, 2020

A special episode of the Book of Mormon Videos series has been published to celebrate the 200th anniversary of the first appearance of God the Father and His Son Jesus Christ, to Joseph Smith, prophet and first president of The Church of Jesus Christ of Latter-day Saints.

This video premiered in English during the hour leading up to the Face to Face broadcast for young adults featuring Elder Ronald A. Rasband and his wife, Melanie, on Sunday, September 13, and is also now available with Spanish and Portuguese subtitles.

The new video portrays the prophet Moroni in the ancient Americas as he struggles to protect and add to the record of his people before depositing the record in the Hill Cumorah for safekeeping.

Moroni recorded Christ-centered teachings and his spiritual experiences on gold plates, as part of a compilation of ancient records, known today as The Book of Mormon: Another Testament of Jesus Christ. Moroni was also the last Book of Mormon prophet and the son of Mormon, the prophet who was the principal compiler of the record and the person from whom the Book of Mormon takes its name.

“It was a huge honor to play this great man,” said John Munoa, a Latter-day Saint actor who played the part of Moroni.

The episode’s story concludes centuries later as seventeen-year-old prophet Joseph Smith is directed to the location so that he can eventually recover and translate the ancient record into the Book of Mormon.

“We are pleased to release this episode from the series to add to the bicentennial celebration of the first appearance of God the Father and His Son Jesus Christ, to Joseph Smith, a historic event that resulted in the publication of the Book of Mormon,” said LeGrand R. Curtis Jr. of the Seventy, who leads the Book of Mormon Videos steering committee.

Munoa, originally from Temecula, California, explained that Moroni’s final writings included a divine promise (found in Moroni 10:3–5) for anyone who reads from the Book of Mormon’s text.

The invitation is a scriptural treasure for those of the Latter-day Saint faith and invites readers to “ask God, the Eternal Father, in the name of Christ, if these things are not true,” assuring that if they pray with a “sincere heart” and “real intent, having faith in Christ, [God] will manifest the truth of it unto [them].”

“The doctrine of Christ is either true or it is not and that’s the hinge pin on which it all turns,” said Munoa.

Munoa, who belongs to the Luiseño tribe, a Native American people from a region extending from what is now Los Angeles to San Diego, California, says that to him, this project hits close to home.

The actor recalls hearing Larry J. Echo Hawk, now an emeritus General Authority Seventy and Pawnee tribe member, share a message recalling how he received a personal confirmation of the truthfulness of the Book of Mormon and how it changed his life.

“[Elder Echo Hawk] felt that, ‘this is my story,’” shared Munoa. “For my dad, it was kind of the same experience; he felt like this was about him and his ancestors.”

John Munoa added that as he studied Moroni’s writings and prepared to portray a man he describes as a “spiritual giant,” it refreshed his memory of why the ancient prophet was divinely chosen.

“If I had to choose one thing about him that stood out the most, it would be his testimony of Jesus Christ . . . as he ended up accomplishing this almost superhuman task of preserving this record for future generations,” said Munoa.

In addition to helping people learn about and draw nearer to Jesus Christ by learning about the Book of Mormon, the videos are being used as part of “Come, Follow Me,” the global faith’s home-centered gospel curriculum.

When will more Book of Mormon Videos be released?

The new Moroni episode will be the last video of the Book of Mormon Videos series to be published before 2022. Further filming has been postponed because of concerns related to COVID-19.

When will filming of additional Book of Mormon Videos continue?

Filming will resume in 2021, and the focus will be on the events surrounding the visit of Jesus Christ to the Americas (3 Nephi) and the story of the Jaredites, as recorded in the Book of Mormon.

One additional season of filming in 2022 will include episodes that cover other writings from ancient prophets including teachings of Mormon and more stories from the books of Mosiah, Alma, and Helaman.

In what digital channels are the videos available?

Arrangements have been made to distribute the videos in English in the United States on the Amazon Prime platform. This additional channel will be available to Amazon Prime subscribers in the coming months.

When will more Book of Mormon Videos be available in other languages?

English-language videos with Spanish and Portuguese subtitles, covering the Book of Mosiah and a large portion of the Book of Alma, have also been available since May.

How can I learn more about the Book of Mormon?

To obtain a print or digital copy of the Book of Mormon or to learn more about how this book can help strengthen faith in Jesus Christ, visit ComeUntoChrist.org.