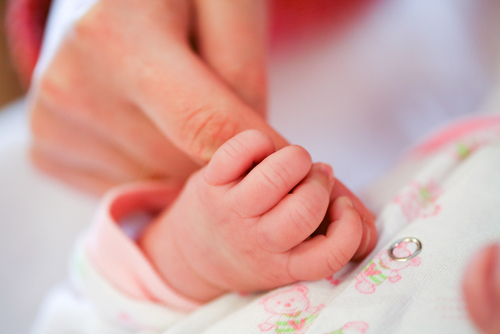 From Planning My Funeral to Saving My Sight: How My Parents Relying on God Changed My Life

Christ is the solid foundation on which to build holy places. Without Him and His power, hard times are simply that—hard times. The best we can do is just hope to get through them. We will struggle and flail and long for their end, but we will not be enduring well, conquering the trials, or mastering ourselves. In order to turn our hard times into holy times, we must first rely on Jesus Christ.

When I was an infant, my parents demonstrated their reliance on the Savior as they followed heaven’s promptings on my behalf. Although I was too young to remember the actual experience, the inspiration they received stands as a true holy place in my life.

When I was 7 months old, at a well-check visit with our pediatrician, my mother was given some heartbreaking news. The doctor examined my eyes and found something terribly wrong. Mom was sent to our family ophthalmologist for an additional exam, and I was diagnosed with bilateral retinoblastoma. This meant I had multiple tumors on the retinas of both eyes—a childhood cancer that was nearly always fatal. My parents were understandably devastated with this news, and my mother even planned my funeral.

Putting their trust in Heavenly Father, my parents visited yet another doctor. This renowned specialist examined my eyes and announced that the next day I would have my right eye, the worst of the two, removed. The other eye would be treated with radiation. This was one school of thought for the treatment of retinoblastoma. In shock, my parents stated their desire for a second opinion. They felt a sense of darkness and unease with this treatment approach. They didn’t feel right about this doctor or his proposed plan of action.

My parents fasted, prayed, and counseled with their bishop. With help from the Lord, they were led to another doctor at Stanford University Medical Center, about an hour and a half away from our home.

After my eye examination, the doctor presented his treatment plan. Hoping to preserve sight in both eyes, he proposed that both be radiated. My mother and father felt totally different when given this plan than with the first approach. They knew this treatment option was the right course to take. The Spirit confirmed their feelings and they went forward with the treatment.

Under general anesthesia, I was put into a large machine. The radiation beams were aimed at the identifying marks placed on each of my temples, and the process began. Over the course of several months, my eyes, including all the bones and tissues surrounding them, were blasted with radiation in the hope that I would live. When the radiation course was complete, the cancer was eradicated! Miraculously, my life had been preserved, the tumors had been destroyed, and some of my vision in both eyes had been saved.

This would be a fantastic ending to the story; however, God’s great wisdom and comprehension of all things was to be made manifest even further. About eight years later, I lost the sight in my left eye. I was left with only limited vision in my right. If my parents had followed the insistent specialist with the first approach, my right eye would have been removed and I would have been completely blind when I was 8 years old.

God knew more than my parents, and He knew more than the specialist. As my parents turned to the Lord and relied on His promptings, He directed my mother and father in what was best for me in each crucial moment, as well as for my future. I am incredibly grateful for the promptings my parents were given and for their obedience in following the direction of the Lord. Not only was my life saved, but I was able to see for more than 32 years.

This critical time in the early months of my life is a continual reminder to me of the wisdom of God. It remains a holy place in my heart. It is holy because of Jesus Christ—His direction, His protection, and His encircling love.