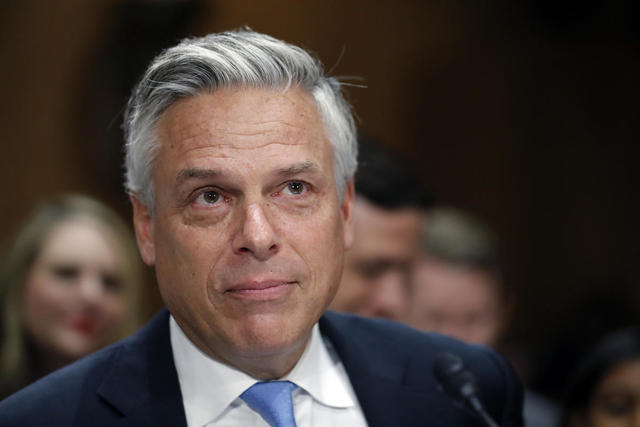 "Honored and humbled to serve our great country as U.S. Ambassador to Russia. Looking forward to joining America's Embassy team in Moscow," Huntsman posted on Twitter.

Huntsman's confirmation moved quickly after the Senate Foreign Relations Committee unanimously approved him Tuesday, just a week after holding a hearing on his nomination.

Sen. Ben Cardin, D-Md., the committee's ranking Democrat, earlier said he "enthusiastically" supported Huntsman and wanted to get him to Moscow as soon as possible.