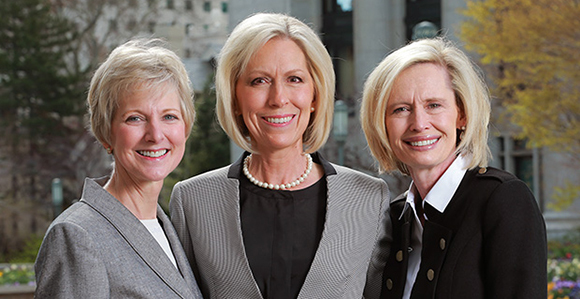 The following members of the Primary general presidency were sustained April 2, 2016, during the Saturday afternoon session of general conference: 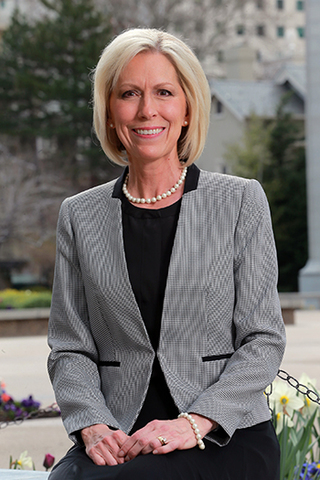 For Joy D. Jones, her loving parents were her heroes.

“I felt like my dad could do anything,” Sister Jones said of her father, an electrician. Of her mother, she said, “My mom was an amazing woman” who made everything from the food the family ate to the clothes they wore—from scratch. “To me, she was a saint, and I wanted to grow up to be like her.”

Sister Bingham, who was recently sustained as the first counselor in the Primary general presidency, has spent much of her life teaching, nurturing, and loving children. Whether it has been with her younger siblings growing up, her own two daughters, her foster daughters, grandchildren, visitors to her home, or those she has met as a member of the Primary general board, she has been an advocate and source of strength for many. 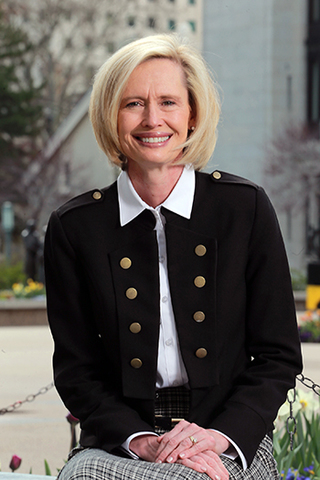 Throughout her childhood in southeast Idaho, Bonnie Hillam Cordon learned many important life lessons. Working, playing, and living on a farm taught her self-reliance, hard work, and “not to be afraid to try things,” said the new second counselor in the Primary general presidency.

The most important lesson, however, came from her parents, Harold and Carol Rasmussen Hillam, who taught her that with the help of the Lord, she could do anything. “There are no limits,” her father would say.

Every summer as a little boy, W. Mark Bassett would travel with his family from their home in the Sacramento, California, USA, area to visit his maternal grandmother in Alabama. Among their days traveling there, the family would regularly make a point to visit Church historic sites.

Whether it was visiting the historic grounds of Nauvoo, Illinois, USA, or walking through the Sacred Grove in Palmyra, New York, USA, Elder Bassett remembers the powerful feelings he had—even as a young boy—as he visited those sacred places.

Born March 1, 1952, to Whitney Clayton Jr. and Elizabeth Touchstone Clayton, Elder Clayton gained a strong testimony of home teaching in his youth. Because of the efforts of a home teacher, he, at age 12, and his family accepted sacred covenants and were sealed in the Salt Lake Temple in 1964 by then-Elder Harold B. Lee of the Quorum of the Twelve Apostles.

“The most important thing I received from my mother was to be very reverent about all the sacred things of the Church,” recalled Elder Cordón, who is the son of Ovidio and Ema Orellana Cordón.

Joaquin Costa and Renee Varela were university students in Buenos Aires, Argentina, when a mutual friend, Alin Spannaus, now an Area Seventy, introduced them. A second-generation Latter-day Saint, Renee hesitated before accepting a date with the 21-year-old, who was not a member of the Church. After three dates she decided she “liked him too much” and felt they shouldn’t date anymore. At the end of the school year, he returned to Entre Rios, Argentina, where he was born March 8, 1965, to Eduardo J. Costa and Graciela M. Fassi.

The De Feo family had few financial resources, and neither Vittorio nor his wife, Velia, were Church members. But the elder De Feo respected his son’s desire to share the gospel.

“My father asked me, ‘Do you really want to do this?’” remembered Elder De Feo. “I said, ‘Yes, with all my heart I want to serve the Lord.’”

One of their next-door neighbors operated a “fix anything” shop for farming equipment. Young Peter Meurs spent much of his time with his best friend in the shop building minibikes and go-karts, and tinkering with the equipment. His passion for building and creating things soon led him to study mechanical engineering at Monash University in Melbourne.

They have found many such moments over the course of their lives—all are connected in some way to the Savior and the Atonement, said Elder Nattress.

Elder Nattress said he was born of goodly parents, David and Judy Sorensen Nattress, and remembers his mother reading the Book of Mormon to the family every day.

Elder Palmer was serving on the stake high council at the time. He was also working hard to build his professional career. Sister Palmer’s time was stretched just as thin. The Palmers were raising six children in their Austin, Texas, home—including a six-month-old baby boy.

The first was a beautiful Christmas tree of his youth. When Gary scaled the tree trying to reach a candy cane, the entire tree crashed to the ground.

The second was an evergreen branch he found as a missionary in Belgium, where he served from 1973 to 1975 in the Belgium Brussels Mission. Elder Sabin and his companion took the branch home to their apartment and propped it up around the Christmas cards they had received from home.

Born June 6, 1954, in St. George, Utah, to Richard and Miriam Schmutz, Elder Schmutz learned early about the power of prayer. As a Cub Scout he sold $17 worth of tickets to a jamboree but couldn’t find the money when it was time to turn it in. After he followed his mother’s encouragement to pray, the Lord revealed to him exactly where it was. It was a strong confirmation of God’s love and awareness for him.