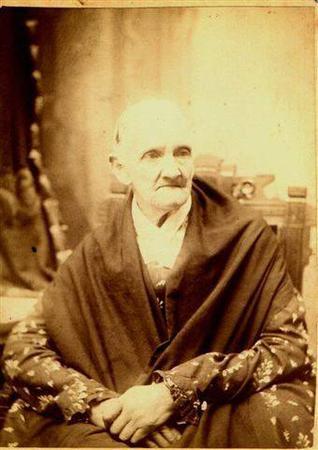 Have You Ever Wondered What Happened to Joseph Smith's Sisters?

Faith was a real and vibrant part of life for the three sisters of the Prophet Joseph Smith.

Sophronia, born in 1803, had the companionship of two kind, gentle older brothers, Alvin and Hyrum. Her little brother, Joseph, was born two and a half years later on Dec. 23, 1805.

Sophronia and Joseph were close friends during their childhood, and Joseph’s tenderness toward her increased when the dreaded typhoid fever swept the upper Connecticut River Valley where they lived. Six thousand people lost their lives to typhoid fever, and every child in the Smith family was infected. Sophronia came the closest to dying, being in a dangerously low state for 89 days.

When the doctors pronounced Sophronia's case hopeless, her parents, Joseph Sr. and Lucy, clasped their hands and knelt at her bedside in prayer, pouring out their anguished appeals to God. Though it seemed the child no longer breathed, Lucy gathered her into her arms and paced the floor with her until she caught her breath, sobbed and from that moment began to recover. The other children, including 5-year-old Joseph, were watching — and feeling the faith of their parents when all had seemed lost.

Years of change, poverty and persecution followed. Sophronia was about 13 when the family was forced to leave their Vermont home in penury. Joseph Sr. had gone ahead to New York and could not help. Mother Lucy had a new baby, Don Carlos, to care for.