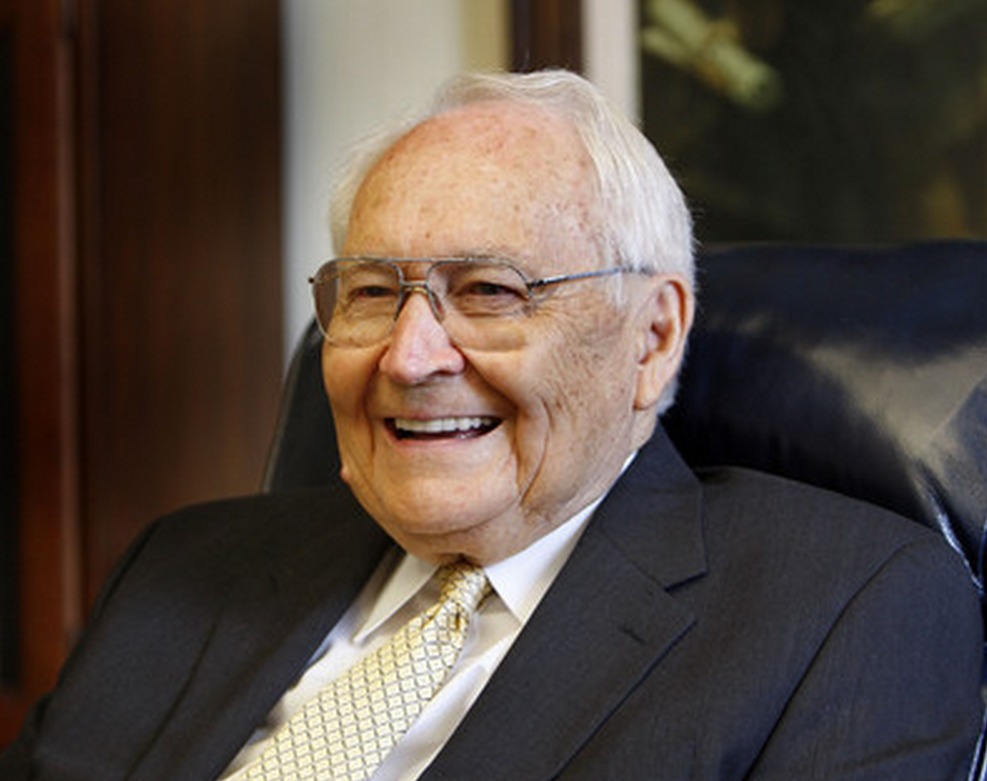 “Elder Perry has asked that we share his thanks for the prayers and kindness extended to him by Church members and friends.  Despite earlier treatments, cancer has spread aggressively to his lungs and beyond.  Elder Perry is at home.  He will no longer attend meetings, though he is still receiving visits from members of the Quorum of the Twelve, the First Presidency, and close family.  He will begin receiving hospice care in the coming days.”

It was originally announced April 24th that Elder Perry had thyroid cancer after he was briefly hospitalized for breathing trouble two days before.

At age 92, Elder Perry is the oldest living apostle and has served the second longest length of time as a member of the Quorum of the Twelve.

In a previous statement, the Church noted that Elder Perry and Elder Scott (who is also suffering some health issues) "are grateful for the prayers and kindnesses expressed on their behalf.”