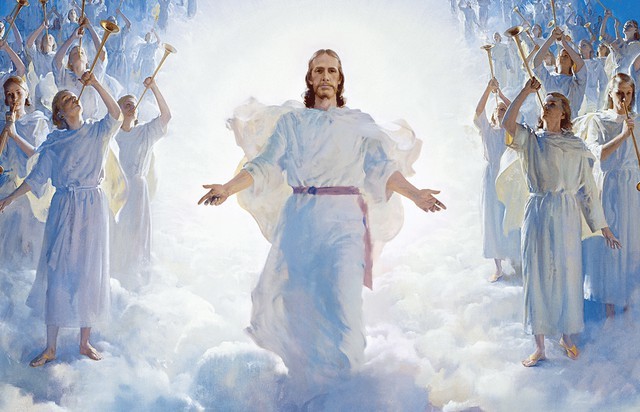 6 Ways Church Leaders Are Preparing Us for the Second Coming

Preparing for the Second Coming of Jesus Christ is something we’re taught to do from the time we’re in Primary. We know the signs of His coming and that it will be a joyful event for the righteous. But there are many things we don’t know, like when it’s going to happen.

President Russell M. Nelson said, “People often ask the Apostles, ‘When is the Second Coming going to be?’ I’ve got the answer: ‘I don’t know.’ It won’t be today or tomorrow because there is much work that needs to be done before that can come. All I know for sure is that we are a day closer today than we were yesterday.”

Although no one knows when the Second Coming will be, it’s important to listen to our Church leaders for things we can do to prepare to be in His presence. We have been blessed with guidance, direction, and change over the past couple of years and it’s crucial for us to listen to their counsel.

1. The Church is changing.

The doctrine of the gospel will forever stay the same, but the Lord is changing the way His church does some things. The April 2018 general conference was historic as President Nelson stood at the pulpit and announced that home and visiting teaching would be replaced by the “new, holier approach” known as ministering and that the elder’s quorum and high priest groups would combine.

The October 2018 general conference began with President Nelson announcing a home-centered Church with a shorter Sunday block. This change will make the Sabbath a delight in the home and promote gospel teaching within families and through personal study.

In his talk explaining the new Sunday meeting schedule, Elder Cook noted, “President Nelson, from his initial address to the members of the Church in January, has exhorted us to prepare for the Second Coming of Jesus Christ by walking the covenant path.”

These changes are put in place to help us become more spiritually self-sufficient and develop a relationship with the Lord. As we study Church doctrine and walk the covenant path, we grow closer to Christ and become more prepared for the Second Coming.

2. Leaders are urging us to be spiritually self-sufficient.

It is crucial for each member of the Church to gain a personal testimony of the gospel. In the April 2018 general conference, President Nelson testified, “In coming days, it will not be possible to survive spiritually without the guiding, directing, comforting, and constant influence of the Holy Ghost."

In his opening remarks for the October general conference, he made a similar statement before announcing the transition to home-centered gospel study. He said, “The adversary is increasing his attacks on faith and upon us and our families at an exponential rate. To survive spiritually, we need counterstrategies and proactive plans.”

Surviving spiritually in an increasingly unrighteous world will be difficult, but it’s so important to stay true to the gospel and stay close to Heavenly Father and Jesus Christ through fervent prayer and scripture study.

3. President Nelson promised blessings as we focus on the correct name of the Church.

Members of The Church of Jesus Christ of Latter-day Saints are well known as “LDS” or “Mormons.” However, President Nelson announced that we should not refer to the Church as the “LDS Church” or the “Mormon Church,” but we should use the full name of the Church.

He testified that the correction was commanded by the Lord and said, “It was the Savior Himself who said, ‘For thus shall my church be called in the last days, even The Church of Jesus Christ of Latter-day Saints.’” He also noted, “If we allow nicknames to be used or adopt or even sponsor those nicknames ourselves, He is offended.”

President Nelson promised that making this correction would result in numerous blessings, “the likes of which we have never seen.” He continued, “We will have the knowledge and power of God to help us take the blessings of the restored gospel of Jesus Christ to every nation, kindred, tongue, and people and to prepare the world for the Second Coming of the Lord.”