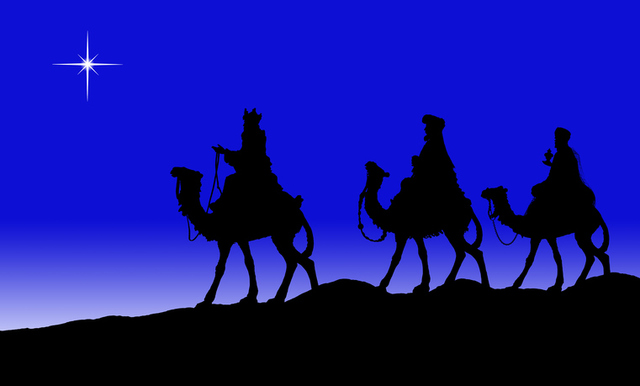 How Did the Wise Men Know to Look for a Star?

In Matthew we read of wise men of the East (see Matthew 2:1-12) who followed a star to bring gifts to the child Jesus. The Bible Dictionary explains that these were not scholars or astrologers but spiritually sensitive and knowledgeable "prophets on a divine errand." God led the prophet Lehi and his family to the Americas. Is it not possible that He led other faithful Israelites to other parts of the world? We have the sticks of Judah and Joseph, but we will one day have the sticks of other tribes as well. Wherever the wise men were and whatever tribe they were from, they, like Lehi and Nephi, knew of Christ and were looking forward to His coming.

I once attended a Christmas devotional where Elder Craig A. Cardon of the Seventy spoke. He asked, "How did the wise men know that the star was a sign of Christ's birth?" I assumed it had been prophesied somewhere in the Old Testament, but then Elder Cardon pointed out that our current Old Testament shows no such prophecy. He said, "Every year at Christmastime, people in nearly every Christian denomination celebrate the birth of the Lord by depicting or reenacting the Nativity, complete with wise men following a star. Today we read of 'His star' in the New Testament (Matthew 2:2), but how did the wise men, who didn't have the New Testament, know of the sacred sign?"

Elder Cardon continued, "Most Christians believe there is no scripture or revelation beyond the Bible, yet of the 43 occurrences of the word star in the Old Testament, only one has reference to the Savior (see Numbers 24:17), and in that instance the word is a title, not a heavenly object. How did the wise men know to look for a star? People may not realize it, but anyone who believes wise men came at Christ's birth is acknowledging that there had to be other scriptures and revelation in addition to the Bible."

Elder Cardon's insight impacted me deeply. Isn't it fascinating that today all of Christianity speaks and sings of the prophecy of a star that is not found in our current Old Testament but rather in the Book of Mormon? It was Samuel the Lamanite who prophesied, "There shall a new star arise, such an one as  ye never have beheld" (Helaman 14:5).

Of course, the wise men couldn't have read of the star in scriptures being recorded in ancient America, but the presence of the prophecy there allows us to assume that similar knowledge could have been revealed to prophets elsewhere. Just as faithful Israelites in America were told to watch for this sign as they awaited the coming of their Savior, surely there were additional groups of faithful believers in other places who were being instructed to look for the same sign. The Bible Dictionary states, "It seems likely that [the wise men] were representatives of a branch of the Lord's people somewhere from east of Palestine, who had come, led by the Spirit, to behold the Son of God, and who returned to their people to bear witness that the King Immanuel had indeed been born in the flesh."

Nonbelievers must have also seen the star. They wouldn't have been able to miss such a spectacular sight, but they certainly did not see it as a sign. They merely marveled at the oddity. It was only the wise men who recognized the star for what it was and let it guide them to the Savior. 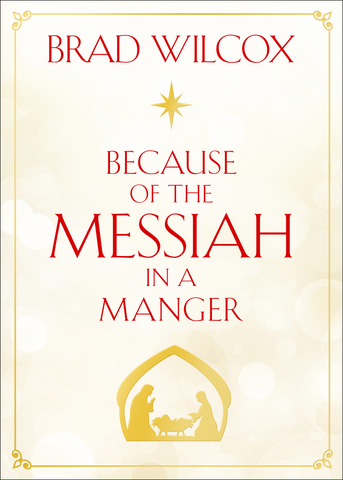 Born on Christmas Day, Brad Wilcox has always had a special love for Christmas. Everyone knows that the season has become commercialized and saturated by the demands of political correctness. But, as Brad writes, "No matter how many try to take Christ out of Christmas . . . it will always and forever be about the Messiah in a manger."

This warm, conversational book will enhance your celebration of the Christmas season as you discover ways Christ began to fulfill His divine mission right from the moment of His humble birth. Whether a gift to a loved one or to yourself, this is the perfect read to curl up by the fire and embrace the Christmas spirit. Join with shepherds, wise men, angels, and other witnesses throughout the ages who have testified of the Christ in cradle, the Messiah in a manger. Available at Deseret Book stores and deseretbook.com.