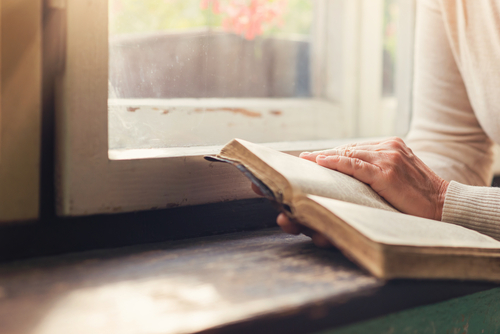 While considering serving a mission as a young adult, I enrolled in a BYU class called Mormon Issues. I thought it would prepare me to answer historical questions regarding The Church of Jesus Christ of Latter-day Saints.

Instead, it would prepare me in a different way, by requiring me to rebuild my testimony from the ground up. Readings included the memoirs of an unhappy polygamous wife from the 1800s, together with more modern gender role debates. We also studied instances when Church leaders’ statements had proven to be mistaken, as in the period before blacks received the priesthood in 1978. These readings burdened my heart.

►Related Article: Why Not Receiving an Answer to Your Prayers Is Actually a Proof of Miracles

I wrestled long and tearfully with these and related subjects, my faith suddenly fragile and ill-equipped. I had been raised by parents who lived their testimonies with devotion. We had read the standard works multiple times and memorized many scripture passages. I had seen many answers to prayers. At home, church, and seminary, I had studied and appreciated the beautiful and holistic gospel landscape. Yet now I felt as though I had fallen on my face along the path and could see only gravel, which at close range looked more like boulders.

One day, I admitted to my visiting teachers that I didn’t relate to people who referred to Jesus as their close, personal friend. It made sense to me that Heavenly Father could be a best friend because He listened to and answered prayers. But Christ’s suffering for my sins was two thousand years ago. I was grateful for that. But I never talked to Him, and He didn’t talk to me. How could that be an active friendship?

My visiting teachers encouraged me to get a yellow highlighter and start rereading the Book of Mormon with a single goal in mind: to find every detail about Jesus—every symbol of Him, everything He spoke, and everything that described Him or His actions.

Then these two sisters gently taught me something I had never fully appreciated before. Whenever the Book of Mormon mentions the Lord, it refers to Jehovah, just as in the Old Testament. And Jehovah is Jesus Christ.

I realized I had largely treated the term Lord like a vague positive sentiment. I’d read it as though it said “providence delivered Laban” or “good fortune delivered Laban.” I hadn’t seen Jesus Christ Himself involved intimately in these verses.

►Related Article: 3 Ways the Book of Mormon Stands Up to Critics

The next day, I bought a new paperback copy of the Book of Mormon and started highlighting. I read intently. I could not believe how many pages were totally yellow, even hundreds of pages before I reached the book of 3 Nephi. For the first time, I saw Jesus Christ, page after page, chapter after chapter. He participated in the wilderness journeys. He actively arranged affairs within the war chapters. I saw Jesus Christ protecting the innocent and offering to heal the wicked. He was the main character in every story, caring deeply about the details in people’s lives.

Highlighting anew the Book of Mormon brought to my attention many direct quotes from the Lord Jesus Christ Himself. I began to notice that every so often, I felt subtle power behind those specific passages. I don’t know how to describe it except to say that here and there, as I searched for Him specifically, I began to feel Jesus Christ directly convey a few verses to me on a spiritual level.

I can only compare it to something that sometimes happens in movies. The heroine will be reading a letter from someone, perhaps her beau. She begins reading in her own voice, but within the first few lines, the audio producer blends in the man’s voice and the action continues with him describing details in his own voice.

It was like that, except there were no sounds. It wasn’t even really the verbal voice in my head. It was a spiritual feeling separate from me. It was not a warmth in the chest as I’ve heard other people describe. For me, there was no physical sensation whatsoever. Most of the time, I read in my own voice. But sometimes, for some passages, I could feel the words being sort of read to me in spirit by a spiritual voice different from my own. I perceived that Jesus Christ was very alive and present and connected to me. And that He was fully aware that I was reading in that moment.

►Related Article: Prophet and Apostles on When You Don’t Receive Answers to Prayers + How to Increase Personal Revelation

On prior occasions I had sometimes felt a scripture “speak to me,” but I hadn’t really identified the feeling as a speaker. Perhaps I thought of it as my own conscience vaguely amplified by the Holy Ghost. Now I began to identify that feeling as coming, in real time, from Jesus Christ to me. I had felt the call/voice/message of the Lord Jesus Christ before but without realizing it. The living Jesus Christ had actually spoken to me, at times even before I knew who was speaking. Now I began, however haltingly, to recognize that feeling as His voice. It was for me as the Lord described:

“Behold, that which you hear is as the voice of one crying in the wilderness—in the wilderness, because you cannot see him—my voice, because my voice is Spirit; my Spirit is truth" (D&C 88:66).

At some point, it dawned on me that I could speak of the Atonement in present rather than past tense. True, that victory is 100 percent complete, finalized, an absolute historical fact. Christ said, “It is finished.” Yet Christ also says “time only is measured unto men” (Alma 40:8) and “all things are present with me, for I know them all" (Moses 1:6). Because Jesus remembers all things as present, He can still be in the very thick of our experiences, swallowing the pain with us, here and now, whatever we are suffering. He says, “Behold, I have graven thee upon the palms of my hands; thy walls are continually before me" (Isaiah 49:16).

In this verse, the words thee and thy are singular terms (not the plural terms, ye and your). Here, the Lord is not talking collectively to a group of people. He is talking to every one of us as an individual, one at a time.

Just as easily as I call to mind a remembered melody, Jesus can and does have wholly present in His mind and heart the full import of whatever troubles I’m living through. His knowledge is not just intellectual or sympathetic but rather graven on the cells and sinews and spiritual depths of His own soul in a permanent, ownership kind of way.

He doesn’t just watch our pain. It is continually before Him. He aches with it. He weeps with us. He bleeds with us. He reels with the fears and the confusion. He throbs with the hurt we feel. Even when we are angry at Him.

►Related Article: Sheri Dew: How to Open the Heavens and Hear the Answers the Spirit Is Speaking to You

He sees, from our viewpoint, the intellectual walls that block our understanding. He sees the physical limitations that keep us from activities we desire. He sees the social and cultural walls we put up between people. He sees them from our side of the wall. He feels our pains and limited understanding. We literally cannot suffer anything alone, no matter how victimized we may try to feel in our weak moments.

Over time, in that gradual, incremental process, I’ve been granted clarity and certainty that Christ called Joseph Smith, sent the Book of Mormon, and continues to guide the Church today in impressively intimate detail. The Lord has offered me a multitude of quiet reassurances that I can trust Him. That I can find joy in His Church. That He has planned magnificent resolutions for my concerns. These in-the-meantime answers have come packaged with great variety, but each conveys the message, “Here’s another reason to trust Me.” 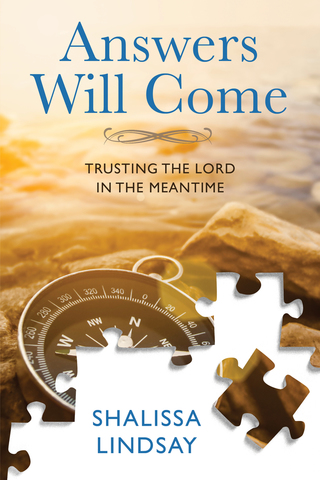 Read more about Shalissa Lindsay's journey of facing questions and overcoming doubt in her book, Answers Will Come: Trusting the Lord in the Meantime, available at Deseret Book stores and deseretbook.com.

When questions seem to go unanswered, it can become a burden on belief rather than a catalyst for personal progression. In Answers Will Come, readers are invited to experience one woman’s powerful journey from the depths of doubt to the rediscovery of the light of faith. Through personal narrative, sacred scripture, and the inspired words of Church leaders, readers are reminded that every believer’s path to God is paved with questions. It’s up to you where those questions take you.

Makes You Think Mormon Life Faith Crisis Doubt Belief And Doubt Questions And Answers The Book Of Mormon Jesus Christ TestimonyFaith Crisis,Doubt,Belief And Doubt,Questions And Answers,The Book Of Mormon,Jesus Christ,Testimony,Makes You Think Mormon Life
Comments and feedback can be sent to feedback@ldsliving.com