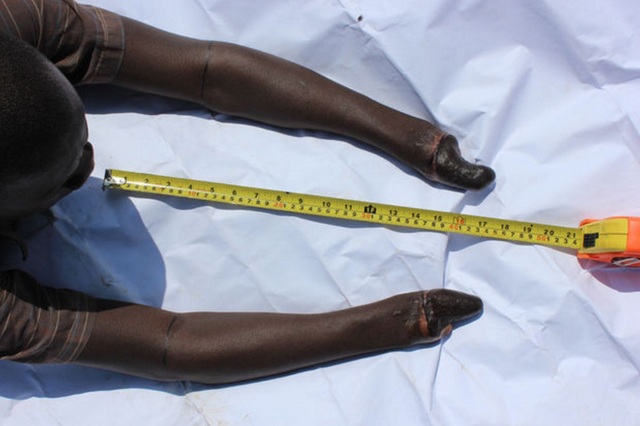 MR says: Obedmoth Cosmas ready smile shows a strength and optimism few could possess after losing both hands in a grinding machine. But, he says, “I don’t mind about my accident, because others are suffering more than me."

For a man who has no hands, many hands are reaching out to help him across the world.

Obedmoth Cosmas isn’t from Utah, and has never even been to the United States, for that matter. But there is a slow movement building to get him here, so he can have prosthetic surgery for his missing hands.

Cosmas lives in a small round hut in Gulu, Uganda, far away from Utah's mountains and cold and cities and roads. In January, he was in an accident while working as a grinding machine operator in a nearby village. His hand was pulled into the machine, and then as he was trying to pull it out with the other, that hand was pulled in as well. The grinder chewed up his hands, but they potentially could have been saved. Medical help in his area was not effective, though, and his hands ended up needing to be amputated, leaving only one thumb-like stub on each arm. There are many daily things he has difficulty doing, such as showering, dressing, even eating, but he is grateful to be alive.

Lead image from The Daily Herald.