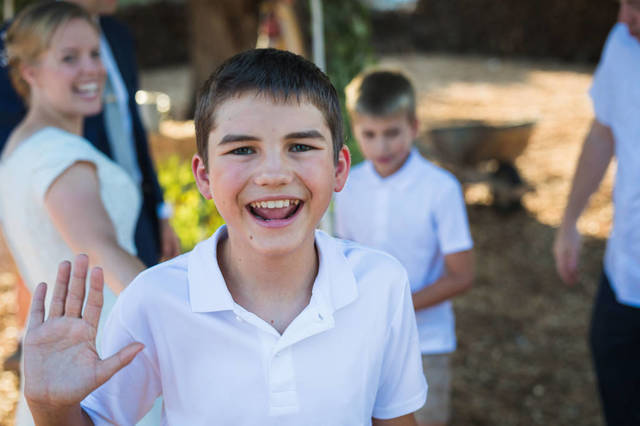 While other parents dream of their sons growing up to become astronauts, brain surgeons, or president, I dream of my son having a normal life. My son, Spencer, was diagnosed with autism at age 3. My wife, Katie, and I immediately had a thousand questions. Will he ever be able to get a job? Will he ever be able to live on his own? Will any girl see past his challenges to consider marrying him? We still have those questions, but we've learned to focus on more immediate questions.

When Spencer was 11 years old we moved to California. Our new ward was still just getting to know Spencer as his 12th birthday approached. I honestly didn't know how he could pass the sacrament. I could easily imagine Spencer getting confused or simply losing interest in the middle of passing the sacrament. I imagined him throwing the sacrament tray or running out of the chapel ... or both.

As I struggled with how Spencer could learn and perform priesthood duties I asked several people for advice. My sister mentioned that they had an autistic boy in her ward who had learned to pass the sacrament with the deacons quorum president shadowing him as he passed for several months. My heart soared as I thought of this autistic boy not only doing his duty but strengthening relationships with others in the quorum as they helped him.

When my bishop asked if I felt Spencer was ready to be ordained a deacon I told him that I felt he was, as long as he had appropriate help. Bishop Adams agreed and then asked me to speak with the deacons quorum president.

When Spencer was 11 years old we moved to California. Our new ward was still just getting to know Spencer as his 12th birthday approached. I honestly didn't know how he could pass the sacrament.

All images from Church News