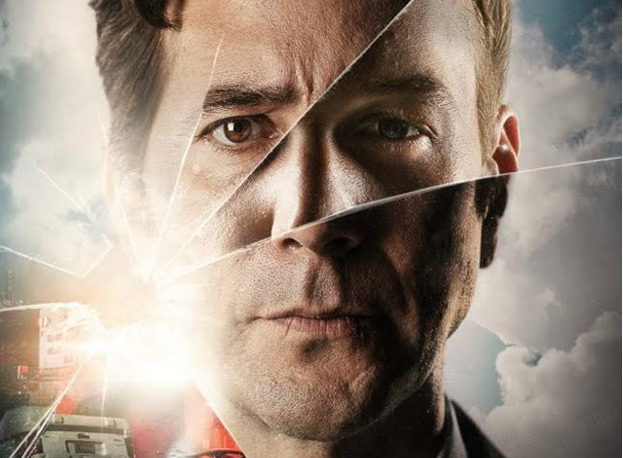 It's rather ironic that critics reviewing a movie all about the power and strength of forgiveness seem to be completely unforgiving themselves. Or even blatantly hostile.

Excel Entertainment recently released the movie Just Let Go, a film which tells the raw, stunning true story of Chris Williams, an LDS man who loses his pregnant wife, unborn baby, and two children after a 17-year-old drunk driver crashes into their car. Though heartbreaking, the true beauty of this story comes not in the events, but in Williams' reaction—in his ability not only to forgive the boy who killed his family, but to love him enough to want to help him find peace and happiness.

I know it is part of a movie critic's job to be honest and critique fairly the elements of a film, even one with sensitive subject matter; it's only fair to their readers, and it is what we look to them for. But, when a critique turns from analyzing filmmaking elements to slamming an entire religion, an unfortunate and unprofessional line has been crossed.

One such review came from movieguide.org. After highlighting a few ways the movie could have been tightened up and the dialogue improved, the critique begins talking about the positive Christian values and the powerful message espoused in the film. However, it then quickly descends into a blatant and brutal attack on Mormons and their beliefs—an ironic turn in a review praising Christlike qualities.

The author notes that all of the characters in the film are LDS, but then goes on a tangent, claiming that, "However, no specific Mormon doctrine is apparent, and . . . there are little if no references to the heretical henotheistic polytheism the Mormon Church teaches, and no references to the deceptive Book of Mormon which that institution promotes, the Jesus and god the Mormon Church teaches is not the same as the Jesus and the God of the Bible, the Word of God Written." [He then goes on to claim that the Church teaches against the Trinity, and even throws in a jab at Mitt Romney: "...if he truly is a Mormon, Gov. Romney believes Jesus is the son of a god not the Divine Son of THE One and Only God. Of course, like Gov. Romney, Mormon Church leaders often conceal the false teachings of their faith to make Mormonism sound like it’s Christian and to fool people into thinking that the Jesus their church teaches is the same Jesus that the New Testament documents teach."

Later on, the author even goes so far as to give families a "strong caution" against seeing the film for the violence associated with the car accident, adding, "that and the movie’s Mormon references."

It's hard not to lash back and correct with every vindictive, harsh word in your vocabulary when someone so misinformed lashes out so violently against the beliefs that you hold dear.

But, when I step back and realize what we are really talking about—a film that depicts an example of forgiveness so powerful and pure—I stop myself and realize that I too can show restraint. I too can be a better person. I too can forgive because Christ has forgiven me. And because of that, I should reach out and love others.

With that in mind, I no longer feel angry about this critique. Instead, I feel bad for its writer because he will never know even the simplest and most exalting truth our religion holds. His criticalness has blinded him from considering something that has brought unlimited and unforgettable joy to my life and the lives of many others who belong to The Church of Jesus Christ of Latter-day Saints.

Thankfully, not all reviews of Just Let Go are so spiteful. Another critique shows a much fairer view, though the author still gets hung up on the whole Mormonism question, this time swinging in the opposite direction and saying there weren't enough Mormon references. Chris Hicks notes, "what really puzzles me is the decision to make Williams’ character a faithful member of some other unnamed church — one that is obviously, even aggressively, not LDS."

These "aggressive" giveaways come in the form of Williams being called a "preacher," not a bishop, and attending a church with ringing bells and a cross displayed.

While LDS viewers will immediately understand these are not things typical of LDS practice, the filmmakers decided to make Williams' religion more ambiguous (though obviously Christian) in the hopes of connecting this important message to those across the world from all religions.

In a post on Facebook, Chris Williams himself explained the reason for this ambiguity. Then, he demonstrated to everyone the message of his powerful story and this film in action. In this reaction to criticism, he reached out, he explained, he uplifted, and he forgave.

Why did I want "Just Let Go" to be made ? My desire for this movie has been to invite those who need to forgive or be... Posted by Chris Williams on Saturday, October 17, 2015

Own Chris Williams incredible story for yourself. Available now at deseretbook.com.