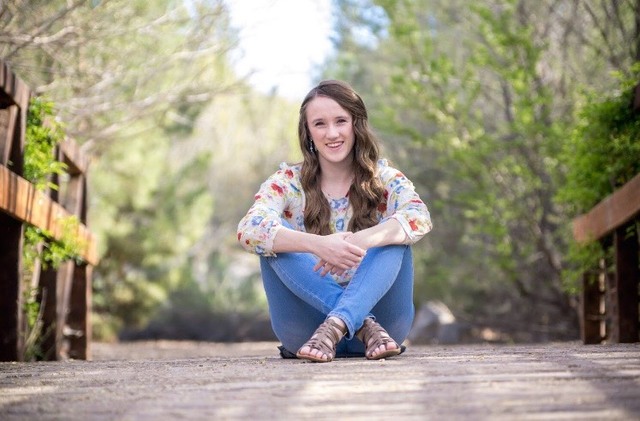 At 2:49 pm on January 13, 2019, I got the call no parent wants to receive. It was the bishop’s wife: “Your daughter has been in an accident.” My daughter Erynn, barely 18, was in a car with three other girls, all members of the Laurel class presidency. On their way to welcome a new girl to the ward, the car she was riding in pulled out of the neighborhood and was struck by an oncoming truck, causing injuries to all four girls. Arriving at the scene before paramedics, I was relieved to see them still seated in the car with their eyes open, despite looking very shaken. Unfortunately, my relief was short-lived. Although she appeared unharmed, Erynn would not respond to questions or commands. At the hospital, we were informed that she had a massive compressive skull fracture and bleeding on the brain. She would require immediate surgery.

Ministering at a New Level

Following surgery, the doctors seemed pleased with how Erynn was doing. Unfortunately, things deteriorated quickly. By the next evening swelling had set in, deforming her face and head, stealing her voice, and bringing a pain we had no power to alleviate. Her agony grew by the hour. Because the language center of her brain was heavily affected, she was unable to communicate with words or in writing, and her frantic gestures were incomprehensible. She cried and thrashed, pounded on the bed, and looked helplessly at us all through the night.

During this time, three nurses stayed constantly in her room, doing everything they could think of to bring relief. Somewhere about 4:00 in the morning, I slumped to the floor, helpless and sobbing. One of the nurses, with all of her skill and compassion, simply dropped to the floor beside me, wrapped her arms around me, and cried with me.

That seemingly endless night brought me to Gethsemane often, wondering in awe how the Father, having the power to stop the pain of His Son, allowed it to continue for our sakes. I do not know how He did it, I only begin to understand why. I know He sent the angel of comfort to strengthen Jesus, and I believe He sent angels to us there in the hospital that night—both seen and unseen.

We were blessed with a small army of angels who jumped into action to fulfill every conceivable need we had. One of the first miracles I witnessed was a very sacred circle of brethren surrounding my daughter in the emergency room, giving her a priesthood blessing that promised complete recovery. In addition to that, visitors and gifts poured into the hospital in numbers I couldn’t even fathom. Our younger children were quickly taken care of, meals were delivered to our home and to the hospital, and rides to school and extracurricular activities for my other children were quickly in place. But it wasn’t the first act of ministering we would receive.

Despite these earthly ministering angels, what followed was a very long, frustrating week in the hospital. Erynn’s pain continued in agonizing waves. Doctors were struggling to keep her sodium levels high enough to bring the swelling down in her brain. She lost 10% of her body weight. She was hypersensitive to every noise in the hospital, even the humming IV pump. We kept her room dark and quiet hoping to give her some measure of reprieve.

Our biggest concern was her inability to communicate. Every hour, nurses performed neurological tests. They asked her to perform simple tasks such as, “Squeeze my hand” or “Lift your foot.” Every time, they did these tests, they would also ask her name. She responded by showing them an “E” in sign language and shaking her head. She could speak only two words: “Yeah” and “No.” She could write or fingerspell a couple of letters, but had lost all ability to put together words or sentences, leaving us guessing as to what she needed or wanted.

The bishop called a ward fast that began Saturday evening, almost a week after the accident. At this point, each of the other girls had been released from the hospital, a miracle considering the police officer at the scene commented, “We usually take bodies out of car that look like this.” However, Erynn’s condition had only worsened following surgery. As I prepared for another fitful night of sleep in the hospital, I poured my heart out to the Lord for the miracle we so desperately desired and in gratitude for friends and family who tenderly petitioned the Lord in our behalf. I was hopeful that the power of fasting and prayer would be manifest.

But the miracle we wanted did not come the way we expected. Instead I woke Sunday morning to my daughter having a seizure. It lasted an hour. My heart sank and my hope faltered, but at 2:00 that afternoon, I tore myself away from her bedside and slipped into the back door of the church where they were about to have a ward prayer for Erynn and the other girls in the accident. I barely stepped inside the door when loving arms encircled me and women gathered around, ministering to me and adding their tears to mine.

What I did not know at the time was that the miracle I had pled for and continued to plead for with that gathering of friends had already occurred. At 4:00 Sunday morning, our dear friend and neighbor, who was also the elders quorum president and an anesthesiologist, had awakened with specific inspiration regarding Erynn’s medical care. He arrived at the hospital just after her seizure and my departure to the church building to relay this information. We consulted with Erynn’s medical team about the inspiration, and changes were made in her care.

While the changes felt good, they would need time to work. Most evenings, my husband or I would slip home from the hospital to put the younger kids to bed and get a bit of sleep before switching places in the wee hours of the night. As I left the hospital Sunday night, Erynn was still hooked up to more tubes and wires than I could count, and the medications they pumped into her following the seizure had left her mostly unresponsive the entire day. I left for home feeling weary and worn, but awoke at 3:00 am and hurried back to the hospital. Entering her room, I was shocked to see her sitting on the side of her bed with her dad. “What is your name?” he asked. She smiled and spelled her name slowly but clearly with her hand andher voice. It was a huge turningpoint.

I recorded a video of Erynn that evening on my phone. In it, her 17-year-old brother is on the couch in her hospital room, Erynn in the chair beside him. He is pointing at emojis on his phone, encouraging her to speak a few words. “What’s this? How’s he feeling?” he asks. She looks at his phone and, after a pause, signs the letter “M” and slowly sounds the word out “M..AD.” “Good job.” He points again: “What about this one?” She cannot make the hard “C” sound yet despite signing it. He coaxes her to say the word “sad” instead. We celebrated each and every word.

Another week passed at the hospital, where we witnessed many miracles that buoyed us up. Towards the end of the week, I posted an update to friends and informed them of specific hurdles we needed to overcome before bringing her home. Two sisters in particular responded quickly, thanking me for providing them with something specificto include in their ministering prayers. In yet another miracle, those hurdles were overcome quite suddenly, and we were bringing her home only 13 days after the accident. We could hardly believe it, although we knew we had a long road ahead.

Doctors had estimated months of speech therapy and neuro-rehabilitation for Erynn. Still, she insisted on attending church the next day. Sitting onthe pew with her at my side was surreal and joyful, yet I couldn’t help but feel sad not to hear her beautiful voice singing the hymns next to me again.

In yet another tender mercy, that Tuesday evening, our missionaries, Elder Brown and Elder Anderson stopped by our home. They had finished appointments a bit early and felt impressed to stop by and check on Erynn. They had been in our home before, singing hymns and Christmas songs with our family. Elder Brown asked if he could play the piano and sing with her. She quietly shook her head. I explained that she wasstill struggling with language and that singing was proving to be a specialchallenge.

Then, with the boldness that only the Holy Spirit can provoke, he confidently met her eye and said something like, “I think if we choose the right song, and if I play it slow enough, you and I can do it together.” She wasn’t convinced, but agreed to come to the piano room and hum along if nothing else.

He sat down at the piano, opened the hymnbook, and placed his hands on the keys as the heavens opened. He played, and nearly from the first note, she joined him in the most tender, sacred rendition of “Nearer, My God, to Thee” that I have ever heard. His musical talent and his willingness to act upon inspiration and minister to Erynn that evening provided the way for a very special, very sacred miracle in her life when three days later, at her only speech therapy appointment, the speech therapist said simply, “This is not the girl we spoke about Tuesday.” 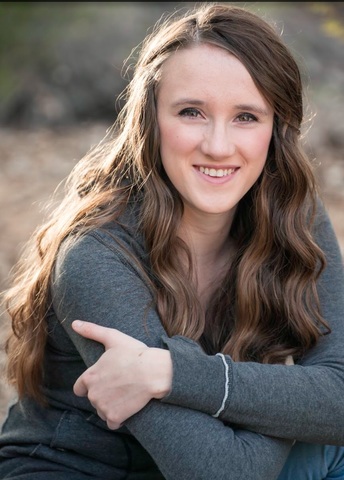 Erynn has continued to improve. Eight weeks after the accident, she was back in school. Her surgeon, neurologists, speech therapist, and rehabilitation team all expressed amazement at her recovery. She graduated as the valedictorian in May and is now attending BYU on an academic scholarship with plans to serve a mission in January. If you met her today you would never know she had been in an accident.

This experience has left an unforgettable impression upon our family. We acknowledge the miracles our family experienced with our deepest gratitude and recognize that ministering was what lead to these miracles in our lives—ministering dependent not on age or vocation or calling but upon the willingness to act and the ability to receive inspiration. We will be forever grateful.

All Images provided by Yvonne Swinson.