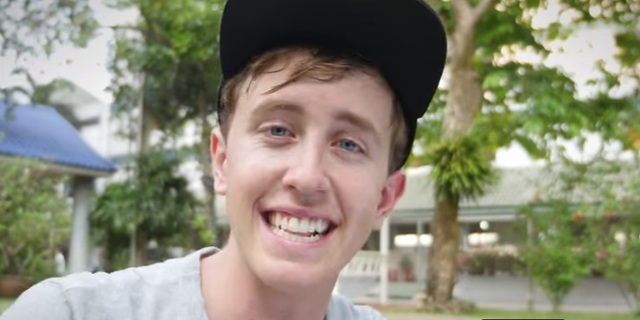 How One RM Prankster Is Gaining Notoriety in Thailand

When Nate Bartling first came home from his mission, he didn't go to college. He didn't get married. In fact, he didn't stay in the United States. He went right back to Thailand and began shooting YouTube videos.

It wasn't a typical course to take after serving a mission, but his YouTube channel, My Mate Nate, isn't typical either.

Bartling doesn't post crass videos or shots of the beaches of Thailand like other people might. Instead, Bartling posts videos of playful, wholesome pranks on the people of Thailand.

And all his hard work is paying off, literally. His videos are now viral, with some reaching more than a million views and others reaching hundreds of thousands.

“The reason my videos go viral and big is because I’m something new that most of the Thai people aren’t familiar with," Bartling said in an article for the Huffington Post. "They want to know what foreigners think and feel about their country. Everyone LOVES to hear what other people think about themselves, so when I start rattling off in fluent Thai, the locals just got crazy... especially the younger generation who has grown up with the internet."

Bartling also does vlogging or video blogging on his channel where he answers questions, talks about his experiences in Thailand, talks about the behind-the-scenes moments of his pranks, and more.

Here are a few of his videos we thought were especially worth watching.